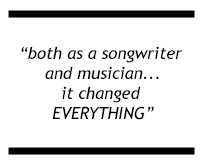 Sly & The Family Stone - There's a Riot Goin' On

This album quite simply changed my life, both as a songwriter and musician...it changed EVERYTHING, my whole understanding and outlook on music. It's been the soundtrack to my life throughout my twenties and thirties. It's not just the greatest funk album of all time but one of the greatest, most legendary albums of all time. It's the sound of the peace and love generation ending at the end of the ‘60s and descending into the excessive, violent ‘70s. Everything went from flower power, weed and LSD to heroin, cocaine and full-on debauchery, and this album documented it perfectly. A dark, drug-fuelled, paranoid masterpiece. Sly was completely out of his mind when he recorded it, which totally adds to the feel and atmosphere of the album...you can listen to this record a thousand times and you'll always hear something new. It also included the number one hit single Family Affair which was the first hit single to use an electronic drum machine...it's fair to say Sly was ahead of his time. I bought this record when I was 20 years old from a record shop in Manchester with Antony from WINACHI and our mate Max. We'd been to watch The Prodigy in Manchester the night before and done a load of ecstacy at the gig...walking to Piccadilly station in the morning on a come down from hell I popped into the shop and picked up this album (I'd read about it in Rolling Stone Magazine). I remember getting home, putting it on my stereo and it completely blowing my mind (I was still pretty high). It's fair to say it eased my comedown and became arguably my favourite album from that point onwards. When Marvin Gaye asked What's Going On, Sly Stone answered There's A Riot Goin' On.

Tricky and his debut album Maxinquaye (and also his equally brilliant second album Pre Millenium Tension) are what made me pick up a pen and pad when I was twelve years old and start writing lyrics. Tricky quite simply turned me onto and into being a lyricist. He and his first two albums completely fascinated and intrigued me (and still do!). They unnerved me, they were sexy and street but not in a gangster way. This was unlike anything at the time and anything since. It wore its influences on its sleeve… hip hop, funk, reggae, post punk, but delivered them in a completely original, warped way. It was very British sounding and totally unorthodox, and made me want to sing in my own accent as that's how Tricky sang (or rapped), in his own broad Bristolian drawl. Tricky has probably been my biggest influence as a musician and songwriter and Maxinquaye is the album that kickstarted that love affair. God bless you Tricky Kid.

This is hip hop at its finest...the first and the best. Grandmaster Flash & The Furious Five are The Beatles of hip hop with the Greatest DJ Flash and Greatest MC Melle Mel. These guys were making hip hop before it was even a genre...they literally invented hip hop. To me Melle Mel is the greatest lyricist and deliverer of lyrics in the game. He made me deliver my vocals with a certain clarity and rhythm...when we get reviewed in the music press people often say my singing is almost delivered like rapping...very rhythmic but also melodic...that's 100% down to the influence of Melle Mel. We've been lucky enough to tour with 'The Furious Five' many times and collaborate on a track Aggression with MC Scorpio from the band. They're our friends and also huge influencers on our music. They also wrote the greatest ever hip hop song of all time The Message… Don’t push me cos I’m close to the edge. Enough said.

This album and band made me want to be in a rock n roll band... period. Without this record I'd be working on a building site.

Watching Guns N’ Roses live in Paris on my Mum's TV when I was eight years old. I was mesmerised and from that exact moment I knew what I wanted to do. I remember it clearly - running round my Mum’s front room copying Axl Rose. They were the last of the giants. Our Led Zeppelin, our Rolling Stones. Appetite For Destruction is the greatest rock debut of all time and set the course for where my life was headed. 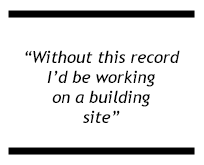 When I first heard this album it was like nothing else I had ever heard in my life. It was dark, it was funky, I just couldn't stop listening to it and still do to this day. I took this album everywhere with me. I know it inside out. This and Daft Punk’s Homework are the albums I have worn out and had to re-buy endless times. There was something more to me about this album than any other hip hop album. It took me on an endless aural journey way before I picked up an instrument. This was my ear training.

When I first started producing music using DAWs and samplers I was heavily influenced by the album, even manipulating the same samples used on some of the albums tracks and a lot of the production techniques I learned from this album I carry with me today. Also, it’s raw, hard and aggressive lyrics and music really captured the energy of the group and what they were going through at the time - they weren’t dubbed the world's most dangerous group for nothing. 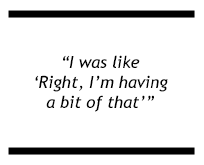 Going through my transition from being a music fan to a musician and also from hip hop to indie at the later part of Britpop, it was The Charlatans I was drawn to more than any of their peers. Back in the days when you would listen to an album in full and flick through the inlay of a CD reading it back to back, there was a picture of Mark Collins playing his guitar and he looked cool as fuck. I was like ‘Right, I'm having a bit of that’, went out and bought a guitar and never turned back. Also, on this musical journey I embarked on, we had the privilege to support The Charlatans at the Teragram Ballroom in Los Angeles.

One of my greatest loves next to hip hop in my formative years was house music. When I was younger listening to hip hop, I was drawn in by the use of sampling, looping and chopping up, but when I heard disco and funk loops over hard 909 beats it took me to another level. I would have probably gotten into music a lot earlier in my life if I understood how they made the music I was listening to. But through all the different types of dance music, it was the French touch I was sold on, Daft Punk were also a BIG, BIG influence on me, but it was Cassius I loved the most. There is something unique about their sound and production - this album helped me understand what I was trying to get across musically, incorporating guitars over funky dance beats which me and Liam dub as Daft Punk with The Beatles on top.

This album had a lot of things for me. Back when you would go to indie clubs you would hear tracks from this album on the dancefloor. It was also great for after the club trying to drift away after some extracurricular activities. From the hits of percussion to the bass line on the opening track it felt like a hand on your shoulder and a whisper in your ear letting you know it's all gonna be alright. Musically they used a lot of instruments that resonate with me, whether it's the warmth of the Moog, the modulation of the Rhodes or the dreamy feel of the Mellotron, it touches my soul and evokes a warm happy feeling inside and not a track goes by without one of those instruments going on it.

A 5-year unstoppable journey has led WINACHI to the suburbs of Hollywood from the urban streets of Manchester through relentless hard work, a fixed vision and a good slice of hustling. They’ve jet-setted around the world, wowing at major festivals and toured with the likes of Grand Master Flash, Sugarhill Gang & Furious Five, The Happy Mondays & The Charlatans Along the way. They’ve received national, global radio support (BBC, KCRW, Amazing Radio) and clocked up hundreds of thousands of streams, picked up acclaimed U.S. song writing awards and appeared in the L.A. Times, Billboard China, and L.A record to name but a few.

The band recently signed to Howie B‘s management company ‘BeeManaged’. Howie is better known as a record producer, musician and collaborator who has worked with artists including Björk, U2, Tricky He said:

“Working with Winachi is an absolute pleasure; their enthusiasm and commitment to their art/songs/funk/soul is infectious and inspiring.” 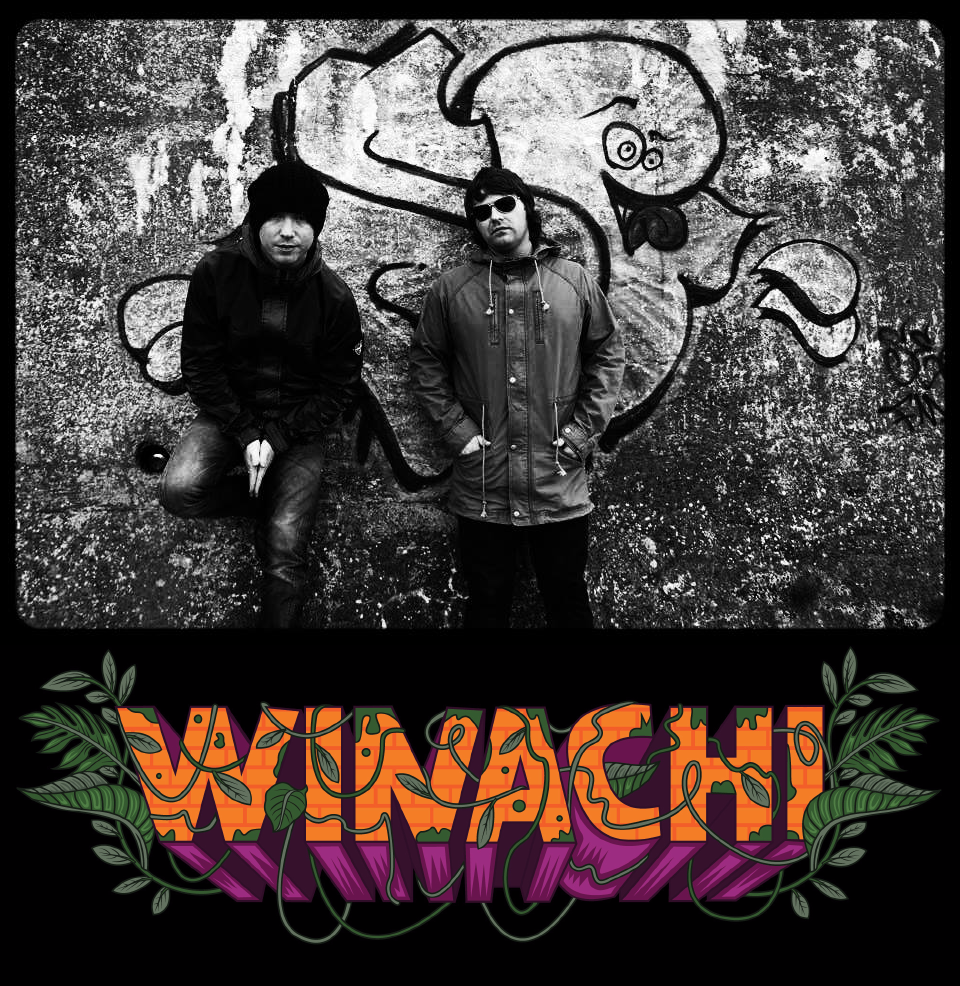