The Beatles - A Hard Day's Night

I’m reaching a little here, as my first music memory is of sitting in my dad’s car, hearing I Should Have Known Better and from that moment on I was obsessed with the Fab Four. It’s how I remain to this day, totally enthralled. Maybe my taste has matured to favouring later-period Beatles, but what an adrenaline rush this song and album remains. In many ways, they’re operating at their absolute peak. They’re also the perfect accompaniment for my writing. I can stick any of their albums on, and given how they’re embedded in me, they’re the best of company. 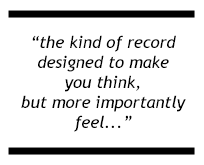 My gateway to the world, really. I probably heard this album for the first time in my teens, fifteen or so years after its release, but it still sounds as fresh as a daisy in 2020. Mixing up and mashing together punk, pop, reggae, ska and jazz, country and western, it laughs in the face of the rules. It’s the kind of record designed to make you think, but more importantly feel... if The Clash can do it, so can you... if Joe Strummer doesn’t inspire you to do something ... anything... are you even alive?

Every music-mad kid needs a band to call their own, a band their parents won’t particularly like because they don’t understand them. I have a nine-year-old daughter and genuinely can’t wait for her to attempt to shock me. I can still vividly remember hearing Smells Like Teen Spirit as a teenager skulking around in my bedroom. The raw mixture of loud and quiet, melody and noise, pinned me back, and everything changed. I no doubt had to save up to buy the album, and although I don’t feel the need to play it all that often these days, it still has the power to blow me away on the occasions I do reach for it. The MTV Unplugged album that followed hints at what Kurt Cobain may have gone on to do. 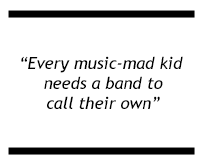 To most, Mega City Four were a motley bunch of smelly crusties driving up and down the motorways of the United Kingdom to play a never-ending tour of toilet circuit venues, one of the original 1990s t-shirt bands. But dig a bit deeper and you hear something totally surprising. On this album, their most accomplished, the tunes and hooks shine, the landing space somewhere between The Clash and The Beatles. More than just appealing to my ears, Wiz’s lyrics on the near-miss hit, Stop, and others taught me about empathy and kindness, an unknowable at the time building block for any writer.

Every writer needs inspiration, but rather than books, mine came from the Hull music scene. If you were around the city, or the north of England, there’s a chance you may have come across the pop-punkers. With a string of EPs released on small indie labels, they grabbed the initiative with ‘Upstairs at Park Street’, pushing it on their own label. Like a mini-London Calling, no two tracks sound the same, and to someone in a small city looking for an example and indirect permission to do someone for himself, it was a revelation.

Hurray for the Riff Raff - The Navigator

Maybe it’s the writer in me, but I’m always drawn to albums that tell stories. If the songs can be linked together, presenting something like a novel to listeners, I’m awarding bonus points. The dreaded concept album, if you will. Alynda Segarra takes that template and updates it for the 21st century, loosely telling the story of Navita, a streetwise teenager in a thinly-disguised New York City. Fittingly, the musical palate draws on the city itself and her own Puerto Rican roots, taking in folk, doo-wop, post-punk and country.

There’s something special about listening to an artist as they develop and grow over a period of time. Katie Crutchfield has released a series of critically acclaimed albums, but with her 2020 release, she’s really taken a leap forward. The loud crash and bang of her earlier albums has largely been put to one side in favour of a quieter, largely-acoustic sound with her band, everything stripped back. Mining her own struggle to get sober, it’s a painfully honest document which gives depth to high-quality song writing. Lockdown has given me that extra bit of time to really get under the skin of the record.

Cornershop – England Is A Garden

Destined to take ‘Brimful of Asha’ to their graves as a signature tune, their latest album proves you never stop striving. It’s no mean feat to stay relevant, thirty years down the line. A slow process in terms of writing and recording, it’s an album that chimes with the times as the country grapples with what its own future is. Political and angry for all the right reasons, it fuses together glam rock, pop, dub, ska and Punjabi folk, and manages to be pure fun at the same time. It’s an example to us all to take our time to get things just right and my album of 2020.

Nick Quantrill was born and raised in Hull, an isolated industrial city in East Yorkshire. His Private Investigator novels featuring Joe Geraghty are published by Fahrenheit Press with the latest being ‘Sound of the Sinners’. Nick is also the co-founder of the Hull Noir crime writing festival. 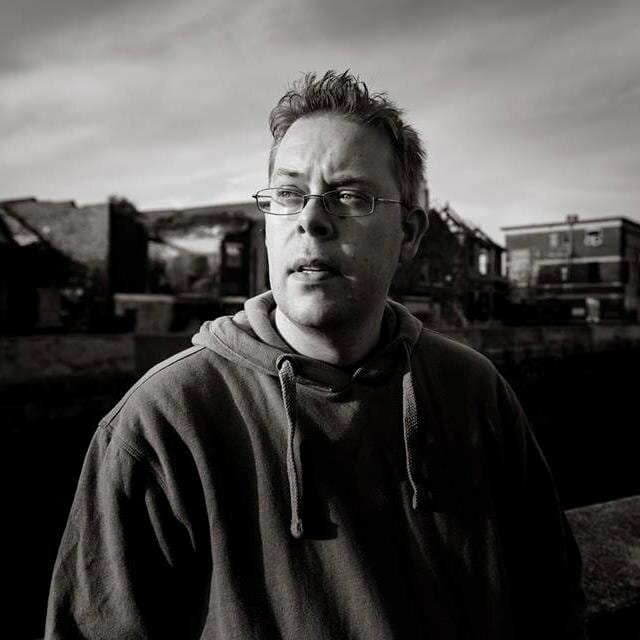