I’m not a Van fan, per se. The whole elaborate jazz thing goes way over my big, shiny head. It’s above my pay grade. I saw him support Bob Dylan many years ago in Glasgow and I’ve seen his Glasgow Kelvingrove Bandstand show twice. But there’s nothing doing there, in terms of his stage presence. There’s no engagement, no acknowledgement, no smiles.

Notwithstanding that, this LP – Enlightenment – from 1990 is sensational. It came along at a very exciting, yet enormously difficult period in my life and there’s probably not a week goes past that I don’t listen to at least some of it.

In many ways it comprises beautiful love songs, however, the lyrics are almost Bowie-esque insomuch as they don’t always make much sense to me, yet still manage to drag me off somewhere wonderful. 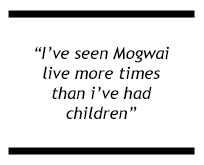 In many ways, choosing Atomic – the soundtrack to a documentary about nuclear bombs in Japan through the Second World War – ahead of so many wonderful ‘proper’ albums - is bizarre. However, an already powerful film was elevated to the next level simply through what Mogwai put under it.

My love for Mogwai is all about the music but it is enhanced by the people behind it. I have spent a lot of time (who said stalking….?) with bandmembers Martin Bulloch and Stuart Braithwaite, and their humility and style, (and their love for the Celtic), as well as their talent make the music even sweeter. Atomic is the epitome of that.

The commonality in all of my picks is where these records take me, but there’s also at least one track in particular in each that I couldn’t live without. For this record it’s Ether – I’m back watching both the band perform it live while the film plays on a giant screen in Edinburgh, and I can feel my chest pounding just thinking about it. Ether’s last 90 seconds reduces me to tears every single time.

The great thing about liking what you like and not being a music snob, is that it’s impossible to care less when people turn their noses up, as many often do where Fleetwood Mac are concerned.

This LP is yet another on my list that mystically captures a moment in time, and saves it forever. It takes me back to Girvan in 1977. We spent many a wet Glasgow Fair there. But in my head at least, 1977, when this was released, was a glorious summer (even in the west of Scotland), and this was an equally glorious soundtrack in the life a 10-year-old.

My wife Lynne and I went to Sheffield to see them live and the Rumours tracks in particular left me dumbstruck. There’s not a single bad song on this LP and I can’t think of a house I’ve ever been in where there isn’t a copy kicking about somewhere.

The Clash - The Clash

It’s the late 1970s, I’m just a child, heading for secondary school in Glasgow’s East End. Glasgow had its ‘no mean city’ tag in the ‘70s and its East End ensured that it lived up to that reputation.

Unemployment was rife, poverty was the norm and young people (arguably a bit older than I was then) were looking for something else, looking for hope.

This album transports me back to that time but it had probably been about for a couple of years before I ‘discovered’ it. I can picture my parents as they were then – struggling for us – and I can picture my school and my mates, and I remember every single detail about what the Celtic were doing as the decade drew to a close.

The music on The Clash LP itself was one hundred percent in your face, yet it found time to cover a reggae classic too. It was what punk would have sounded like had it been in the 1950s. It is such a big record, with Joe Strummer and Mick Jones’ stories of troubles and hardship and lack of opportunity in London resonating with what I was seeing around me some 400 miles up the road.

Fast forward to the modern world and the more things change…

It’s 1980, I’m 13, and at the time of its release I’d just met a girl who would go on to become my wife and my best pal. This type of music was something brand new for me. I grew up in a home listening to Hank Williams (who I still listen to most days) and the pop music of the day – whatever my older brother and sister were listening to.

But my music of choice around those times would have been the likes of the Sex Pistols, Crass and the Clash, and maybe a bit of early Madness and The Jam. There was nothing soulful, nothing like this. I’d never heard anything like this before then.

But I heard this record and I never looked back. Seeing Stevie Wonder perform it live in Munich many, many years later is my greatest musical moment.

I felt back then that Hotter Than July was just made for me, my wife and her sister Carole, and I feel the same way today.

The modern or relatively modern music that amazes me today such as Wretch 32, Bon Iver, The Cinematic Orchestra and whatever else my youngest daughter, Elaine, is playing, has its origins in what I was exposed to as a child. Good music is infectious.

Seeing Radiohead live at the O2 in London is the greatest musical disappointment of my entire gig-going life. Ask Siri to define the phrase ‘up one’s own arse’ and I’ll be astonished if this gig isn’t cited. However, The Bends is an album that will stand the test of time, as are one or two others from the band. It’s a magical, musical journey of strange noises and stranger lyrics, performed by what I believe is the strangest of front men in Thom Yorke.

In 1995 I wasn’t long at Celtic, I was young and as music-daft then as I am now as a 53-year-old. It was a time filled with Oasis, Blur and the more conventional boy bands of the day. But this stood out a mile for me. It was artistic, clever, melodic and encapsulating.

I’m drawn to artists (like Bowie) whose lyrics are off the wall, and this is a great example of that genre 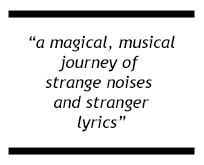 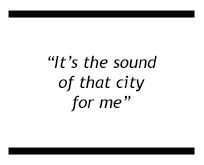 In contrast to Donald Trump, George W. Bush is a genius, yet it’s the latter that was seemingly the eponymous anti-hero of this album, though, that was partially denied by Billie Joe Armstrong, Green Day’s front man. Either way and politics aside, it’s a magnificent recording from a band who I am truly desperate to see live.

It mixes punk vibes of St Jimmy, with the relatively tranquil sound of tracks such as Give Me Novocaine and Boulevard of Broken Dreams. There are no egos, just under an hour of escapism and honest, well-considered yet not over-produced rock.

As much as the band are from the West Coast of America, this takes me to Boston, to Irish bars and accents that I have to strain to comprehend. It’s the sound of that city for me, and any time I’m lucky to be there, I’m accompanied by American Idiot.

The Ramones - End of the Century

The producer, Phil Spector, before his fame became infamy, screams out of every track, with the cover of Baby I Love You arguably the pick of the bunch. However, this LP is not a one-hit wonder. It is crammed with a whole mix of passion, style and typical Ramones’ swagger.

And yet, despite its release date, it wasn’t the 1970s or the 1980s. It was the 1950s re-visited. It was rock n roll with a contemporary twist, and it was a re-invention of oneself that even the greatest of them all – David Bowie – would have been proud of.

Tony Hamilton has been at Celtic FC forever. Having made the tea for the guy who makes the coffee, through to leading the Multi Media team, he now heads up the club’s charitable arm - Celtic FC Foundation - as its chief executive.

Tony’s Celtic collaborations include the publication of the Celtic Opus, and he co-produced and wrote a series of Celtic films including The Official History of Celtic Football Club, as well as film biographies of Jimmy Johnstone, Henrik Larsson, Tommy Burns and Billy McNeill, among others.

Tony was born and raised in the east end of Glasgow and still resides five miles from Paradise. He is happily married with six children, hasn’t touched a drop for 19 years, is selfie-daft, and moderately obsessed with Twitter, Mogwai and Tom Rogic… 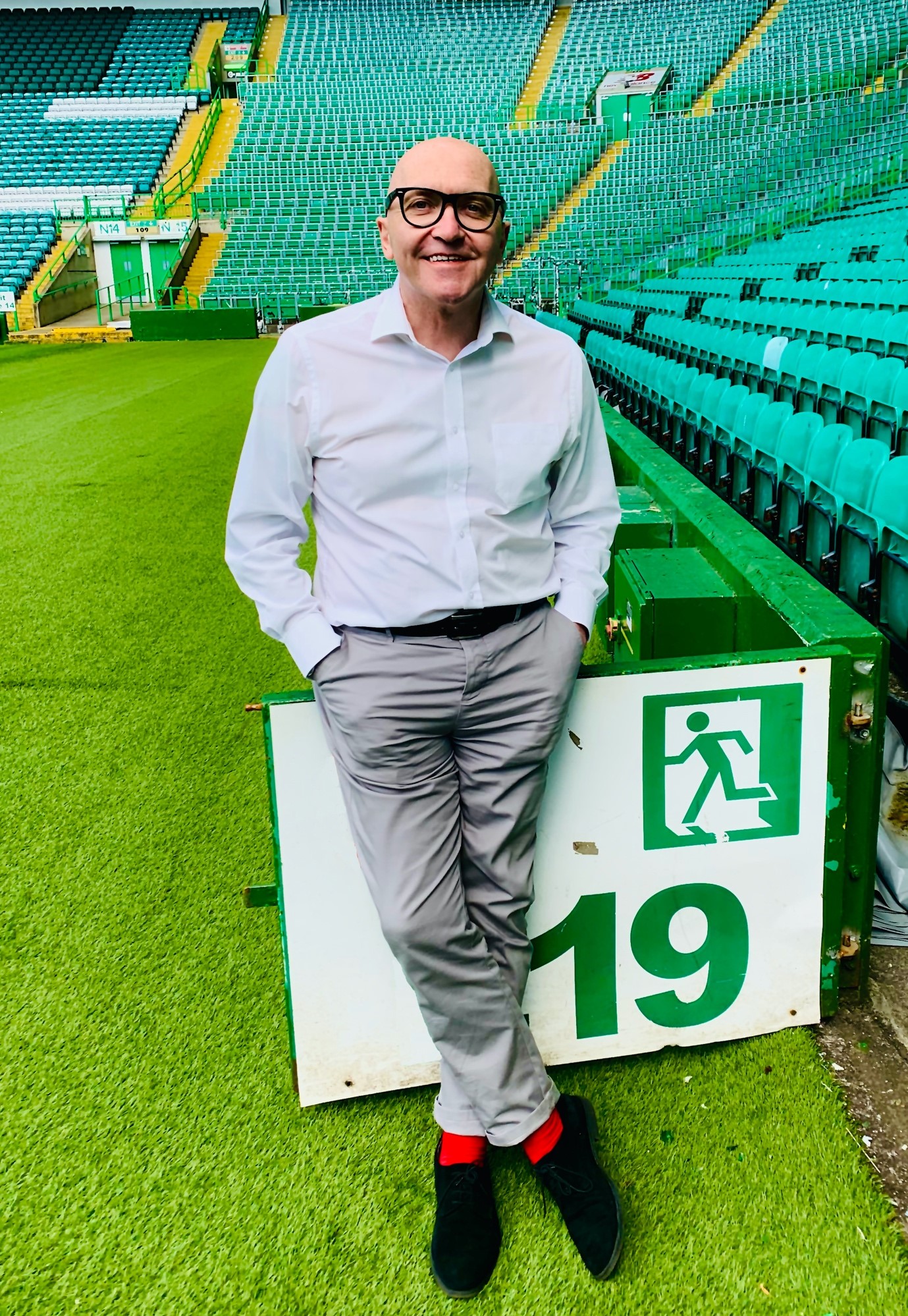