This album was such a game changer for me. It’s an album that made me feel so proud that I was from Manchester. I was in the car when I listened to it for the first time, and didn’t turn I off until I knew all of the lyrics! For me, the lyrics were definitely the reason I was hooked. I don’t think I’d realised how important words were before this album. And of course, ‘Not Nineteen Forever’ is (and hopefully will be) always played at the parties and gigs. That song has to take credit for one of my favourite lyrics (and also the name of my new little music blog) ‘god bless the bands’. 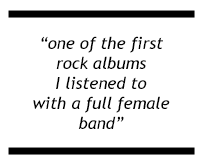 This was one of the first rock albums that I listened to with a full female band. I was genuinely taken aback with how empowering it was to be able to see myself making this type of music. I’d stumbled upon one of the songs by mistake and was very excited, so went on the album and it was instant love. Now, if there’s ever any situation where I need to feel powerful, I put this album on. I’ll never get bored of it.

The Strokes - Is This It

I feel as though this album has always been on in the background of my life, and so once I listened to it properly, I never really stopped. Everything about it is just iconic, and ‘Last Nite’ is one of those songs that gets me dancing every time. The whole album makes me feel as though I could be in a coming of age film. 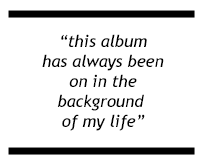 Pitch Pit - You and Your Friends

Despite this album only being released this April, it has to be on my list. I think this album really got me through lockdown (and is still getting me through whatever the hell’s going on now!) If I was to describe Peach Pit’s sound, I’d have to say it’s the definition of summer with it’s chilled, indie vibes. Listening to it I’m quite reminiscent of all of the festivals, holidays and concerts that we missed this year. Perhaps that’s why I feel so attached to it.

Catfish and the Bottlemen - The Balcony

Catfish’s first album is one that all of my friends love. I’ll always be fond of this album because it was always being played during good times. Whilst many of their songs all fade into one, I have a particularly strong memory of one of my close group of friends just standing and dancing to the whole album - everyone knew all of the lyrics. Usually, listening to this album signals a night out with my mates, so if I listen to it alone nostalgia sets right in. 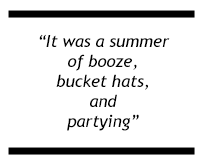 Cool Like You reminds me of my post GCSE summer. Being from Stockport myself, Blossoms were always being talked about and I’ve seen them live a lot. Post GCSE’s, life was calm and we were going to endless gigs. One of those gigs included getting to see Blossoms themselves headline Edgeley Park which was crazy. The sun came out for what felt like the very first time and everyone was singing (extremely out of key, may I add). It was a summer of booze, bucket hats and partying.

Florence and the Machine - High as Hope

I’ve picked this album because of my strong memories attached to it. I wouldn’t say that High as Hope is Florence’s best album, but it was the ONLY thing I listened to when my family and I went road tripping around America. We were in New York, Washington and Boston so extremely bustling cities. Whenever I needed a bit of time to myself, I’d put in my earphones and escape to this album. It’s peaceful and so meditative that you can forget where you are, even if that is in the greatest city in the world.

Coasts were the first band that got me into the underground indie music scene - something that I’m so involved with now. This album was released after I saw them for the first time at Sound Control with one of my closest friends. We went back to the Ritz the following year and brought an army of mates. It’s such a great album which still remains undiscovered by a lot of people. Sadly, both Coasts and Sound Control no longer exist, but there will always be a special place in my heart for them.

Growing up in Manchester, it was inevitable that Lucy Bower would be passionate about music. Currently studying for her A-Levels, she has grown a love for promoting independent and unsigned bands. Lucy also has a strong relationship with guitar, meaning that she sometimes ends up being on the stage! After writing for two music blogs for the past two years, she has recently set up her own under the name ‘god bless the bands’, here’s the link - http://godblessthebands.com/ 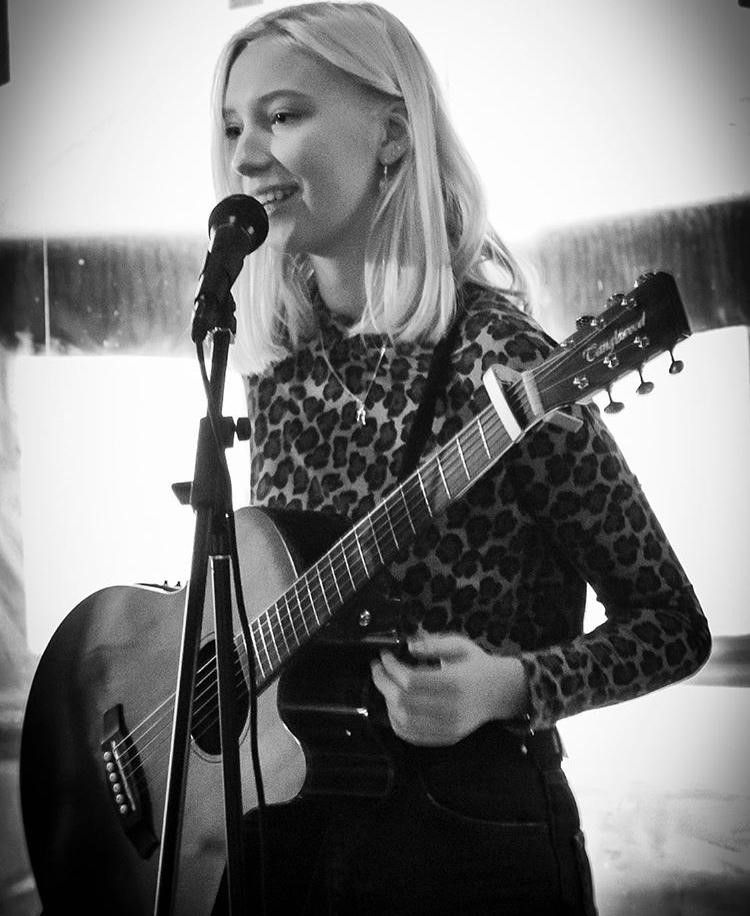