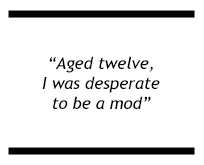 The Jam - All Mod Cons

Aged twelve, I was desperate to be a mod, and much of that desire was down to this album. I was already in love with The Jam, listening almost constantly to the two preceding albums, the coruscating fury of In The City and the less dynamic This is The Modern World. Then came along All Mod Cons and it, literally blew me away. The Jam broke from the post-punk genre and made it their own with brilliant tracks such as Mr Clean, David Watts, and the haunting ballad, English Rose. In my opinion, the highlight of an album that bursts with high points being Down in The Tube Station At Midnight, which I feel is almost the perfect song. A truly ground breaking album.

Has any album or band ever been needed more? Nevermind was just a perfect antidote to the overblown, fat and bloated European and American rock of the late 80’s and early 90’s. The first album, Bleach, was good, but Nevermind was just a revelation. Every track is an absolute banger each of which still feels fresh and clear today. With simple, but brilliant riffs, searing, angry lyrics of Kobain backed by maniacal and thumping drumming from Dave Grohl. A triumph that I still listen to, almost every day.

Am I being “discerning” by not picking The Bends, which I love dearly? In fact, I may make number 4 The Bends, anyway.

A Moon Shaped Pool is dark, creeping and in the case of Burn The Witch, disturbing. Radiohead are possibly my favourite band of all time, and this is the album I am listening to the most, so it deserves to be here. The mix of sinister lyrics and Greenwood’s haunting synth’s and strings make for a compelling mix. Truly ground breaking, but I realise not everyone will agree with me. I don’t care. My list, my rules!! 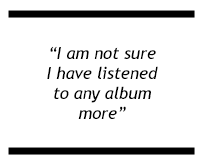 What can I say about this masterpiece that hasn’t been said a million times? Simply magnificent, and I am not sure I have listened to any album more. The lyrics are beautiful, and haunting, and in the case of Bones, with its theme of regret and age, is still capable of making me well up.

Bristol’s finest. Has any small area of the UK contributed to the trip-hop genre of music? I’ve loved all of Massive Attack’s albums, and seen them live. Dark, creeping, sinister and yet melodic. Just wonderful.

So influential, so ground breaking and every single track is an absolute banger. Has any band gone too early, when at their absolute peak? I genuinely feel that Stone Roses had so much more to give, but I sometimes feel that this album was just SO good, they had exhausted their song writing chops ahead of their times. Such an important band that make me wonder what the guitar-based music scene would be like to this day without them. They broke moulds and fused genres, particularly in Fools Gold with its heavy breakbeat influence together with guitar riffs and soft vocals. Tremendous.

I’m going out there a little on this one. I came across this band by accident when seeing the Kaiser Chiefs in Inverness. The mix of big guitar riffs, heavy drumming and anthemic chorus’s all mixed with angry hip-hop influenced rap in a broad Glasgow accent absolutely blew me off my feet. Clearly influenced by Rage Against The Machine and The Beastie Boys they deserve far more recognition than they get. Junior is arguably their best album with banging tracks like All In or Up.

This album is so of its age. Politically furious with anti-capitalist rapping by Zack De La Rocha backed by the masterful gymnastic guitar artistry of Tom Morello, who can make a guitar do things that you think are impossible. From Killing In The Name Of to Wake Up and Bullet In The Head, every track is simply impossible to ignore and unforgettable. An absolute modern classic. I will never forget the first time I heard it, and I love it to this day. 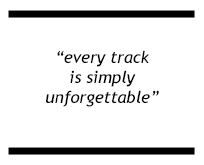 Neil Lancaster is an ex Metropolitan Police Detective, where he spent 25 years chasing the most serious criminals in the country, and even sometimes catching them.

He now lives in The Scottish Highlands with his wife and young son where he now writes crime fiction novels inspired by his experiences in the Police. He is the author of three novels about DS Tom Novak.

You can find out more at www.neillancastercrime.co.uk

He also tweets from @neillancaster66 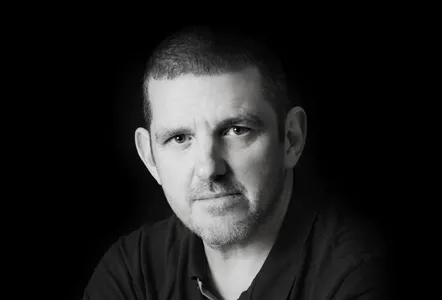