What can I say about this album? It was the first album I ever bought with my own money and it was like nothing I’d heard before. Being brought up on the likes of Queen, Iron Maiden & Rush (all bands I still hold close to my heart) the electronic/rap/rock mash up of Nu Metal was a different take on the guitar driven sounds I’d grown up on. Whilst I don’t think this album has aged particularly well and it’s the one I’ve enjoyed the least listening back to out of this list, I will always remember the excitement of finally finding some music of my own that I got to introduce my Dad to rather than him always playing me his favourite bands.

Fall Out Boy - From Under The Cork Tree

My angsty teen years distilled into an album. I can still put this album on and love every second of it despite it bringing back memories of my teenage years which generally leads to some heavy cringing (why did I have my hair like that? Why did I mope about wishing Melissa would like me instead of actually just ‘making a move’? And so on). I laugh now looking back at the importance I attached to lyrics such as “I used to waste my time dreaming of being alive, now I only waste it dreaming of you.” And “The best part of believe is the lie, I hope you sing along, and you steal a line” but to 14 – 16-year-old me, this album was life and I would not be told otherwise.

Carrying on my teen angst and emo stage, this just takes me back to hanging out on Urbis gardens in Manchester with my friends, wearing my MCR hoodie with the album picture from TCFSR on the back and getting random compliments off other emo kids about it, even though seemingly every other emo kid had the same hoodie on. Despite being one of the emo scene’s biggest hits this album just makes me happy and when I was listening back to all these albums to help write these pieces this was the album that made my daughter dance the most (God I love her!). Happy memories through self-invented hard times (how tough could I have had it attending a grammar school and growing up in a loving family?) and making me grin like an idiot watching my daughter bop about to this only last week, what’s not to love?

Oh my. Most people won’t have heard of this band (pronounced Alexis on Fire) and if you are wanting to give them a listen for the first time DO NOT listen to this album (start with Crisis). I recently read an article with George Pettit from the band and he was basically saying how much he dislikes their eponymous album and I totally understand why, it’s rough, has low production value and is criminal in its lack of using Dallas Green’s phenomenal voice, opting instead for lots of Pettit’s screaming. All that said I can’t help but love it and the flaws of it being rough and poorly produced just make it that much rawer and more visceral. I love this band so much my daughter’s name is derived from it (Lexi. It was going to be Alexis until my Mrs found out they took their name from a contortionist stripper named Alexis Fire...) and I think that says enough.

This album marks the transition from my emo, angsty teens to my more indie friendly late teen years. I remember not liking Arctic Monkeys at first simply because everybody else loved them. Then the guy whose daughters I babysat gave me their first two albums and told me to listen to them, I did, and it blew my mind. If I ever want to be teleported back to being 16/17 and having parties every other weekend and all through the school holidays, then this is the album to play. ‘This house is a circus berserk as fuck’ basically described my house whenever my parents went to their caravan in Wales (sorry mum). From stripping my mate and sticking him in the bath because he’d thrown up all down himself and passed out, to the rumours of people having sex under the dinner table (you know who you are) this album brings those memories flooding back, it also helps that this is a stone cold classic. To this day no song has been penned with a better ending than “Assuming that all things are equal, who’d want to be men of the people, when there’s people like you? TWANG.” (As an aside, the chap who gave me this album was in a band and if this were called nine albums their album bottom dollar would have made it, it’s on Spotify, do yourself a favour and go listen to Bluebird Kid Clark). 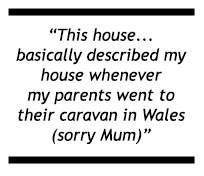 Another classic from Arctic Monkeys. I bought this album the day it came out, put it into the cd player in my T reg Yaris and that’s where it stayed for about 4 months. No album was able to budge it from there and it was all I listened to in my car in that time. This album got me through the lowest part of my life and listening back to it has that wonderful emotional cocktail of sadness mixed with joy, success and relief. Do I Wanna Know talks of “crawling back to you”, exactly what I desperately wanted to do at the time. The first song on this album spoke so specifically about the emotions I was feeling at the time it just sunk its talons in and stayed there. There’s far more to this album than one song and far more to it than one horrible break up for me but that tied with every song being an absolute banger and the persistent lyrical genius of Alex Turner make this a genuinely special album.

City and Colour - The Hurry and the Harm

THIS ALBUM MAKES MY DAUGHTER GO TO SLEEP. That’s pretty much enough reason for any music to make this list, isn’t it? City and Colour is the solo project of Alexisonfire singer Dallas Green (see what he did there?) and is poles apart from the music he makes with his band. Every song is a beautiful acoustic masterpiece, often intertwined with some sadness or tale of love. I could have picked any of his albums as they all have the same effect on my daughter but this one just pips the others as my favourite. 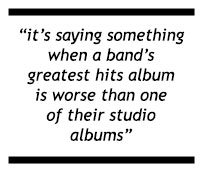 Now then. The best album of all time and I won’t hear a word otherwise. Every song is single worthy and it’s saying something when a band’s greatest hits album is worse than one of their studio albums simply because it’s diluted by other songs. This album is special to me because of how much of my music taste has been sculpted by my dad but this one is 100% my mother’s influence. I remember buying her Fleetwood Mac’s greatest hits album for her birthday one year when I was quite young. I never bothered listening to them at the time because they weren’t Queen or Iron Maiden and it wasn’t until my mid-twenties that I finally put this album on and gave it a listen. I already knew and loved every single song on it and had never realised that they were done by the same band, clearly all those years in the car with my mother she was playing these and I just hadn’t pieced it all together.