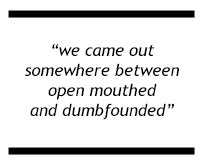 Growing up in the West London suburbs in the late ‘70s /early ‘80s, I wasn’t really possessed with what I later understood as ‘the funk’. Prince totally changed that.

I was 17 and working in a mind crushingly dull office job in Central London, having left school two years earlier with absolutely no qualifications at all, due to a combination of stupidity, laziness and recklessness. Still living at home with my parents, all my disposable income went on socialising, records, gigs and travelling all over the country watching QPR embarrass themselves on a weekly basis.

After work on a Friday, my mate Nick and I didn’t fancy the pub, so we went for a walk down Oxford Street. Showing at The Dominion Theatre was Prince’s movie of his Sign O’ The Times concert. As there were no other reasonable options, we gave it a whirl.

The whole thing passed in a flash and we came out somewhere between open mouthed and dumbfounded. We crossed the street, went straight into the old Virgin Megastore and bought the album. From then on, Prince had me hooked.

I’ve never tired of this record, and when played now it still has some strange other worldly vibe, that makes it almost impossible to believe it was recorded by a human. Even some of the tracks that you might describe as ‘fillers’ are leagues above what anyone else was doing at the time.

A few years later, I lucked out and managed to secure some front row tickets to see him at Wembley Arena. Up to this point, I had never been transfixed before, but this still remains one of the most incredible live performances I’ve ever seen.

There was genius at work here, and if he could give me ‘the funk’, then he was capable of anything.

Roll on 7 years later, and I’m living in a tiny South London flat with my girlfriend (now my wife), at a more enjoyable job, but still spending my money on the same things.

Grunge was the flavour of the day, but as hard as I tried, I just couldn’t get it. I must have gone back to Nirvana and Pearl Jam more times than I went back to beetroot to see if I liked it. Never happened for me. Sorry Kurt, Dave and Eddie. It wasn’t you; it was me.

Then I heard Oasis. Looking back, it was an odd choice. The other stuff I was listening to at the time was a bit out there, but I was probably trying to make myself more interesting than I was at that point in my life.

But Oasis was easy. Chiming guitars, big choruses and a whole bucket of swagger. I couldn’t resist them.

This album, plus the following two Oasis offerings Morning Glory and even Be Here Now sound tracked an unparalleled four year spell of living for the next paycheck, just so me and my girlfriend could go carousing around our favourite nightspots of the capital with a band of like-minded souls every Thursday and Friday night.

This is an album that taught me what socialising was all about. When I hear it now, there is still that part of me that starts thinking about a seriously big night out. 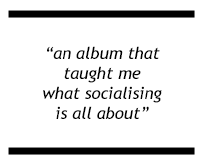 When I was at my pretty ropey comprehensive school having a dalliance with heavy rock (which still surfaces even today – I’m actually very proud of it, more on this later…) there was a lad in the year above me who was known as ‘the kid who is really into The Beatles’.

I can’t remember his name, but I can remember that he was also a multi-instrumentalist by the age of about 14. Guitar, bass, drums – the whole magilla. Back then, I could never understand exactly how he could like The Beatles. They seemed so sappy…

I’m not sure if it was because I liked Oasis that I thought I should maybe give some proper time to the band who basically created them, but I ended up listening to The Beatles for about 2 years.

For me, Side 2 of Abbey Road remains one of the most incredible sections of music ever recorded. When I play it now, I can’t quite believe that we’re not still talking about it like the eighth wonder of the world.

They are still the best band in the world.

Frank Sinatra - What Are You?

My Dad died when I was 18, so I have some, but not loads of memories of him. He wasn’t a big music man, but he was one of those people who knew what he liked.

Bizarrely, he never owned a Frank Sinatra record, but would occasionally irritate my Mum by belting out couplets of Frank’s best-known work at ear-splitting volume, usually in public places, purely because it massively amused him to see her red-faced reaction. I’ve continued this family tradition with my own wife and children. It still gets the same result.

After he passed away, I completely forgot about Sinatra, until I read Shawn Levy’s book. Rat Pack Confidential. I came to realise that Sinatra was the king. The way he lived his life was pretty questionable, but I can’t lie, I loved him.

This is his most melancholic album, which I much prefer to the big band showstoppers that would probably be the staples of any Sinatra tribute night. He is in a bad way on this record, and you can feel him fighting the emotional battle on every track. A beautiful collection of songs.

Even though I was late to the party on Arctic Monkey’s debut coming out, I got on board soon after.

This is their supposed ‘crossover’ record that took them from indie scamps in lightweight cagoules to a proper rock act. I was in my late 30s when this came out. I’d grown up a bit. This was exactly what I needed. I still can’t get enough of it.

This is a bittersweet record. There are parts of it that are nasty, brutal and a bit crafty. Then, there are moments that are almost angelic and innocent.

It’s a record I’m still discovering twelve years after it came out, and I go back to it every few months.

Alex Turner is the most gifted lyricist in the history of music. His use of words is beyond any capability I have for language.

This album was part produced by Josh Homme in the Mojave Desert where he and the band existed on a diet of Harley Davidson bike rides, Patrón and Mexican food. You can tell. It sounds like a party we would all want to be at.

Kings of Leon - Because Of The Times

This is the perfect dish. As far as I’m concerned, it’s got it all. If you asked me to pick an album you could play on a very long flight for about 10 rotations, I’d go for this.

This is another crossover record. In between them being good ol’ boys on Mama’s porch and the band that could eat five stadiums for breakfast, Kings of Leon made this and it’s a monster.

This was one of the happiest and most inspiring times of my life. I was working with some amazing people and this was an office stereo staple.

There are many ‘good time’ KOL stories that I’ll always carry with me, including holding a stag party at a recording studio and attempting to re-record this album. Plus, deciding it would be a good idea to charter a speedboat to go see Kings of Leon at the O2. Skidding across the Thames with a cooler of beers in the back with McFearless on full volume is the closest I have ever got to feeling like I was in a band.

What the hell was I playing at? 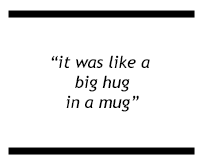 I didn’t even realise I liked Billy Joel until about four years ago.

I’d started my own work thing a few years before and found myself at Stockholm airport after a seriously delayed flight. It was approaching midnight and after picking up my bags, I was standing on the platform for the airport shuttle that takes you into the city.

My teenage son was going through a bit of an emo stage, and I was midway through listening to his playlist, just for something different to hear. As I boarded the train, Panic at The Disco’s version of BJ’s Movin’ Out came on my headphones. It was like a big hug in a mug.

From that point, Billy Joel has been a staple in the family home. My daughter loves him as much as I do.

I’m a big fan of New York City. And I don’t think anyone has ever captured the city in music in the way he has.

It remains a dream to see the great man at Madison Square Garden. It’s pretty common to find me looking out my office window listening to Billy, thinking about NYC.

As hinted at previously, as an early teenager, I was bang into heavy rock. It’s something I’ve never lost, and even now, I find a heavy rock show among the most rewarding nights out you can have.

While on a train, from my home in Kent into London, I was messing with Spotify. I’d never believed all that guff when people say ‘Oh, I found this band on Spotify’…. how could you find a band that you could truly fall in love with just ‘like that’?

I’d heard of Ghost by reading little bits in the music papers and online, but I’d never paid them any attention. But, on this particular morning they popped up on my phone screen and I dived in.

By the time I’d reached the end of my journey, I was wide eyed and wired. It was heavy rock but nuanced with choruses that Abba would have turned away as a bit too catchy and sinister enough to be considered a bit dark for The Exorcist soundtrack. I honestly hadn’t heard anything like it.

A few months later, I was at the Royal Albert Hall watching Ghost in concert. It was like no gig I’ve ever been to. The atmosphere was somewhere between the sort of respect that you would get at a religious ceremony, mixed with total intensity.

I’ve seen Ghost twice since. They are a force of nature. Each time, I’ve come away more impressed than the time before.

Oh, and lots of the songs are about the devil. And we all know, he’s always had the best tunes.

Pete Morris is 50. He lives in Kent with his wife and two children. He runs his own company that tries to make work slightly more enjoyable and meaningful. (www.petemorrisconsultancy.com). He is NOT a motivational speaker.
He supports QPR football club and can be bribed with a high-quality cheeseboard.
He misses live music more than he thought possible.
You can find him on Twitter: @petemorrisPMC 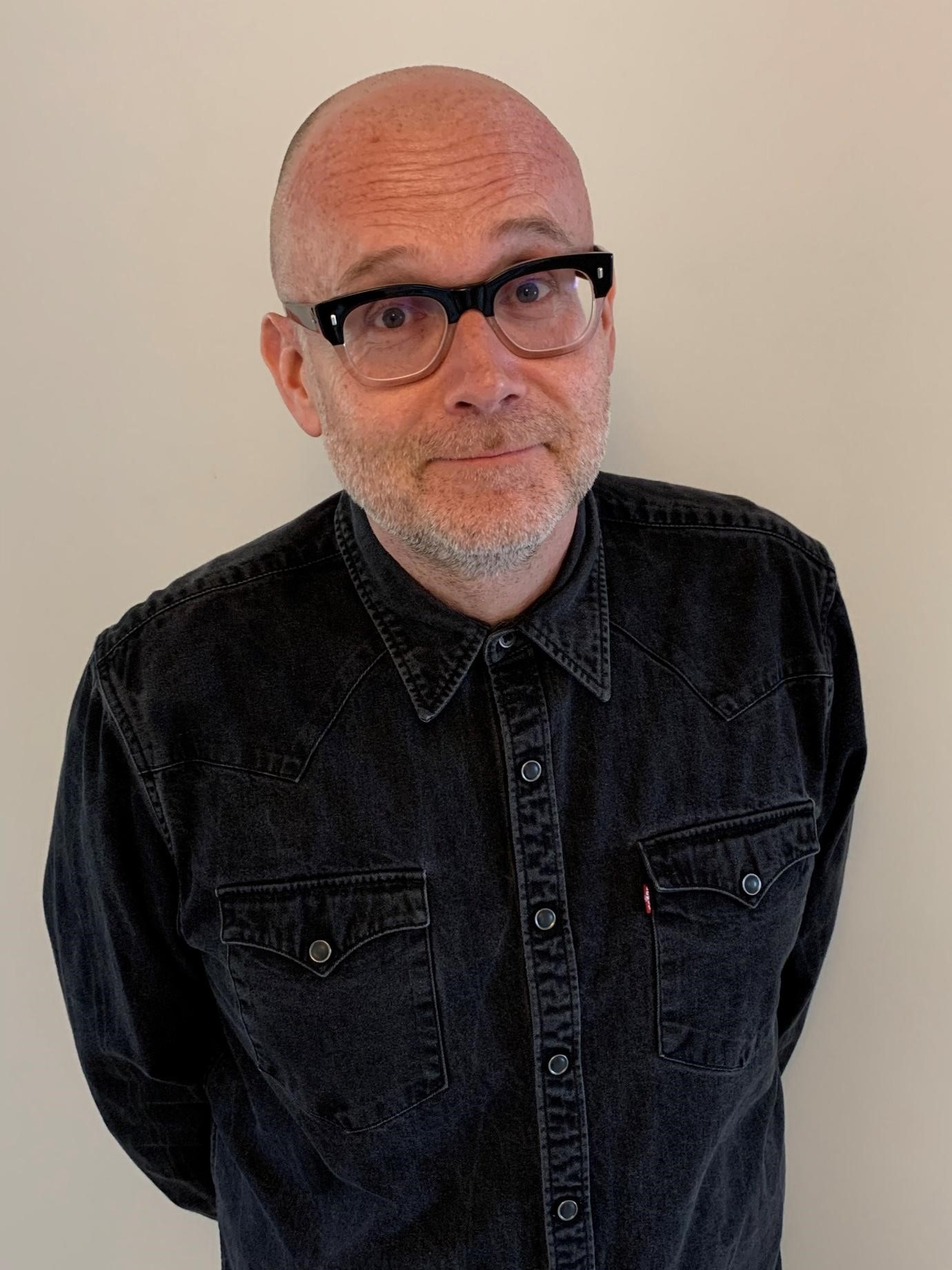