It’s 1978. Elvis has been dead a year, I am eight years old and in the grips of an utter obsession. I buy a cassette from Woolworths and play it every day on a little hand-held tape player. But when he sings Love Me Tender my mind is plagued by a vivid image of him dead inside his coffin. I get upset and sometimes I cry. Looking back now it seems so ridiculous. I can’t explain it but my connection to Elvis Presley was both immediate and so deep I am still trying to unravel it all these years later. Because of the era he came up in (and the shortcomings of his management) Elvis never made a truly great album. But this one has a coherence to it and it’s superb. Commonly referred to as the ‘68 Comeback Special, this album was drawn from a TV show and featured new studio material like If I Can Dream, alongside new live versions of his biggest hits from the 1950s. 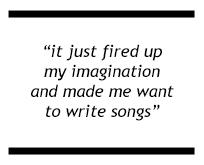 The other Elvis in my life. It’s 1986 and I see him playing Leave My Kitten Alone on BBC2 Whistle Test. I go out and buy this record and... Boom! What an impact. Nick Lowe’s production is unlike anything else that was around at the time. This was mid ‘80s and everything was drenched in reverb, compression and other studio effects. This was simply the sound of four men with amps in a big room. No studio trickery. And the intimacy was unlike anything I’d ever heard. For example, on the introduction to I Want You it’s like he’s right in your ear. All these years later, this is how I try to make my own records - raw, intimate and honest, capturing a performance in a room, warts and all. Lyrically he’s on fire – painting disturbing pictures and portraits. For example the opening line of Tokyo Storm Warning - “the sky fell over cheap Korean monster-movie scenery and spilled into the mezzanine of the crushed capsule hotel.” I was 16 when this came out and it just fired up my imagination and made me want to write songs. I was in a band and we learned to play these songs and it completely influenced the way we wrote and performed. For the next 15 years pretty much everything I wrote was a copy of this album.

Compilation albums are brilliant and there have been many that have opened my ears to new bands and experiences. But this one was probably the most influential. It was given away as a cassette with the NME in 1987. I was 17 and although I’d grown up liking Don Williams, Glen Campbell and others, country music wasn’t very hip. In fact, it was a pariah genre for an ‘80s indie kid. But suddenly the NME were saying it was OK to like “new country”. This compilation is like a Who’s Who of what we now call Americana. This tape introduced me to Emmylou Harris, Steve Earle, John Prine, k.d. lang, Dwight Yoakham, Joe Ely, Lyle Lovett, Nanci Gritths, Dave Alvin, John Hiatt and Roseanne Cash. It basically formed my musical tastes for the next 20 years and I spent much of the 1990s delving into these artists and falling in love with country music. A huge, huge record for me.

One of the first things you figure out when you join a band is how it all fits together - the guitar, the bass, the drums. Once I’d worked that out, music lost a little of its mystery. Instead of hearing the whole thing I was hearing all the separate parts. And that’s what drew me to hip-hop because for the first time in ages I had absolutely no idea what was happening. My musical brain was baffled and I loved it. This came out in my first year at University and I was listening to a lot of dance music as well as hip-hop - Public Enemy, NWA - but this album seemed so different. It was so inventive, so much fun, just bonkers really. Around this time, I was also getting into Johnny Cash and when I realised it was his voice on The Magic Number, it seemed like a sign. The other thing I loved about them was how they were part of a scene. There were all these other bands - Jungle Brothers, A Tribe Called Quest, Queen Latifah, Monie Love – and they cropped up on each other’s records like a musical community. 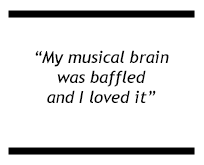 By 1992 I’d given up buying vinyl and so this came on CD. On vinyl it would’ve been a double album and a massive faff to listen to. CD meant I could stick on headphones, lie on the bed and not have to get up to change sides. It’s hard to explain what a big deal that was. I’d been absorbed in either country music or hip-hop – music that was geographically rooted in America - but this record was a songwriter writing about Great Britain in an interesting way. Around 1990 I’d gotten interested in Stone Circles, travelling the countryside finding old megaliths. Cope was writing songs about those places. He was doing the same thing as we were. This album came along at the right time and perfectly captured my interest in landscapes. Last year I finished a new album with a band called the Low Drift and it’s all about British landscapes so I went back to Jehovahkill when we were writing for that new record and it still sounds amazing.

This was my first exposure to what became known as alt.country. By the time I got into exploring this genre, Uncle Tupelo had split up, but they became an important “gateway band” for me. In the very early days of the internet, I joined an Uncle Tupelo message board called Postcard. Through that I got to know other fans of this sort of music here and in the USA. Suddenly I was part of a community of fans, musicians, labels, promoters. It opened my ears to tons of great bands – the Jayhawks, Whiskeytown and of course the two Uncle Tupelo off shoots – Son Volt and Wilco. Through Postcard, I met the UK’s number one Uncle Tupelo fan Mick Spencer, who ended up starting Circus 65 records that put out my debut album. In 2001 I helped Mick book a couple of UK tours for Jay Farrar from Uncle Tupelo. Once I’d been at home listening to this record, and now I was taking the singer for a curry! So, this record was important in opening up my life to many good times and good people. 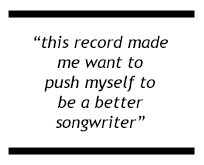 Chris Mills turned up on the bill of a tour I was helping to organise back in 2000 (a Bloodshot records revue with Waco Brothers, Sally Timms and Kelly Hogan). By the time this album came out in 2005 I’d got to know Chris and toured with him. Each album he released in those five years had improved on the last but with this album he made a quantum leap. It was recorded in Chicago with around fifteen to twenty musicians – horns, strings and recorded live to a two-track tape. It was an unheard-of approach to recording. It blew me away. These are beautiful songs, love songs, political songs, surreal dreams, sci-fi. It was like a novel that spun from the past and far into the future, but was so present. All wonderfully orchestrated. His lyrics were so poetic and full of vivid images, like the opening line for the album – “Well I dreamed I was Richard Pryor running on fire down the Sunset Strip”. To me Chris Mills is like a Harry Nilsson or Randy Newman. He’s that calibre of songwriter. Hearing this record made me want to push myself to be a better songwriter.

Kirsty is a Manchester based singer songwriter and I’ll declare an interest because we’ve been friends for twenty odd years. She is such an incredible writer and talent. The calibre of people who play on her records tells you a lot about her. She’s worked with some of the world’s greatest musicians and most acclaimed producers. She’s toured across the world, she’s had songs in Hollywood movies but mostly she flies under the radar. She’s one of those people who follows their own path, and the music industry doesn’t quite know what to do with her. She’s been a huge inspiration to me in seeing what is possible as a self-managed artist. This particular album is my favourite of hers. It’s mostly a harrowing break up album but it’s so sweetly produced. It’s like a lost Dolly Parton classic. There’s heartbreak here but there’s hope too and that’s my favourite kind of music.

Matt Hill is a 50 year old Elvis Presley obsessive. He lives in Derbyshire’s Dark Peak and makes his living as a songwriting artist. All the gory details are at - 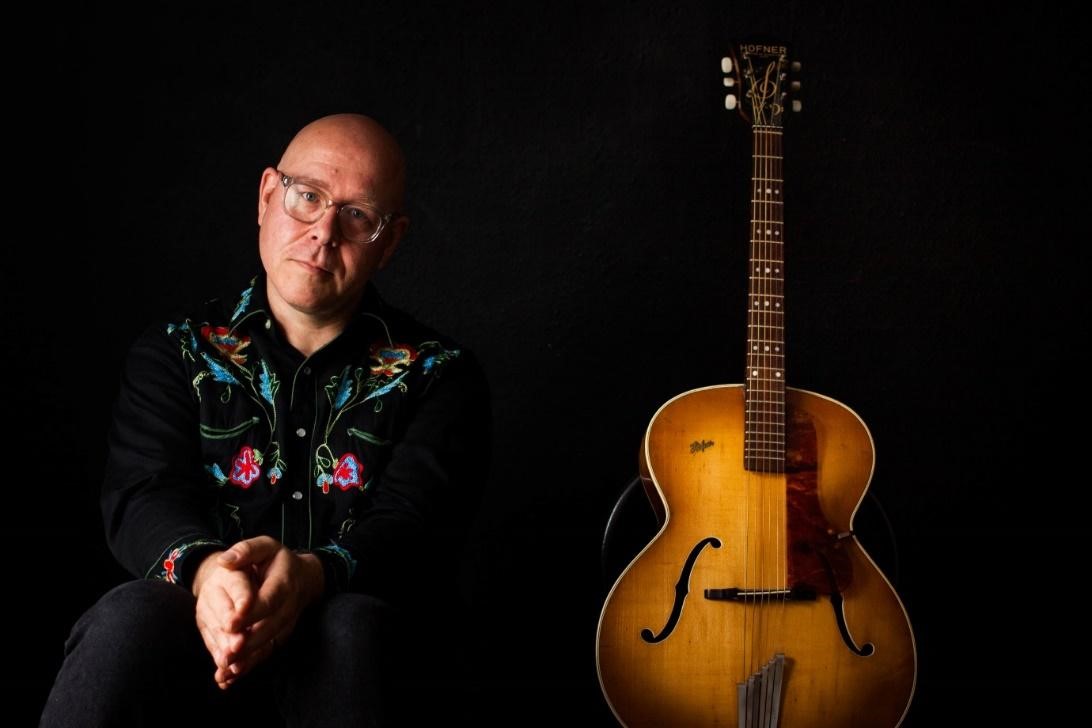