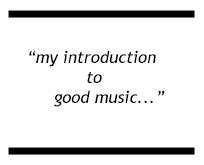 Senseless Things were my introduction to good music when I was a spotty teenager with bad teeth. I first listened to them in my teenage boyfriend’s ‘hippy shed’ in 1992, with said boyfriend and his cool skate-boarding friends. They no doubt thought that I was a very uncool teenager with bad teeth, but then I got six guest list places to see the band which helped boost my poor social standing a little bit. But I still love Senseless Things. I went for years without listening to them, probably because I sold all my vinyl to pay for night club entry and cheap wine in my 20s. However, since getting Spotify, I’ve had them constantly on repeat. So much so, Spotify informed me at the end of 2020 that I was in the top 0.1% of ST fans - which is probably a tad obsessive and not very cool.

I really loved this album from the second I heard it. Plus, because it was my teenage boyfriend who introduced me to Senseless Things, I love that it was a girlfriend who introduced me to this (thanks Anna). It’s hard to pick the best track on this album because I love them all, but Bone Machine stands out because it was, of course, the first one I heard and I immediately loved it. Gigantic with Kim Deal on vocals was played over and over, as well as Cactus, which I adore. I don’t pretend to know what most of the Pixies songs were about, but who cares – they’re just perfect and you can find something in there regardless. ‘Bloody your hands on a cactus tree,’ – I mean I might not be rotting in a prison cell, but it conjures something in all the senses. Makes me wonder what I’d want as a keepsake if was desperately missing my other half. I’m thinking, what with the pandemic and all, bloody, sweaty, food-stained clothes might be a bad idea.

My friend Aishia brought this on CD to my 13th or 14th birthday sleepover. We listened to it as we got ready to go shopping at Chelsea Girl and wolf McDonald’s burgers in Hull. I was immediately taken, recorded it onto tape and blasted it in my parent’s car – with their complaints of ‘what’s this noise’ making it even more appealing. It’s explosive in every way - the music, of course, is satisfyingly heavy and loud, but it’s also explosive in how it entered teenager’s lives. I said goodbye to Prince and Roxette the moment I heard it. It’s funny how you never grow tired of it, but how your favourites always change. I loved Breed and Smells Like Teen Spirit when I was a kid – now I’m more partial to Lounge Act and Drain You. I did, however, always feel like an imposter – convinced In Bloom was written about me. I’m still paranoid about it – I feel like an imposter just writing this article. 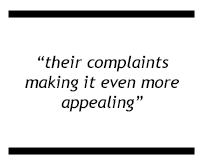 Hole - Pretty on the Inside

My first introduction to Courtney Love – I still have the cassette tape my first copy was recorded on. Then I managed to get the vinyl and the lyrics and that made my parent’s lives a misery – a teenage daughter screaming ‘slut kiss girl’ from her bedroom – smoking Marlboro Red out the window trying to toughen up the adolescent squeaky voice. Strangled cat was uttered on more than one occasion. I began buying white fishnet tights, Mary Janes and off-white dresses with lace and ribbon. I did not make for a good ‘teenage whore’. I was a shy girl walking around a little village desperately trying to dress like a punk rock star. I flunked as a punk. Deep down, I always wanted a pizza more than a pint.

Where to start. This album releases every last trace of teenage angst in an explosion of screaming and snarling, interspersed with dainty little sounds that calm you temporarily before you’re back in the chaos again. I love it. Bruise Violet opens Fontanelle with a ferocious attack (potentially on Courtney Love if the rumours are to be believed) and the album blasts its way through jungle drums, musical jewellery box sounds and Kat Bjelland speaking in tongues on Mother (spookily comforting). I love Hole, but there’s something more atmospheric, enchanting and contradictory about BiT that just gives them the edge.

I listened to Kristin Hersh a few years beyond my teenage phase. Although I had some Throwing Muses in my vinyl collection, Kristin’s solo work came to me thanks to a free cassette tape sellotaped to the cover of Melody Maker or Select or something. The song on that compilation was Teeth – which I loved. Her voice is just beautiful. It’s the kind of album that, if you put it on as background music to cooking or writing or whatever, you have to stop what you’re doing and listen intently. Teeth is up there because it’s the first track I heard and loved. But Your Ghost with Michael Stipe is, aptly, haunting.

Senseless Things - First of Too Many

I had to have another Senseless Things album in here because I love them too much and First of Too Many is FUN! How can you not love it? Everybody’s Gone is a fave, Fishing at Tesco’s a brilliant sing-a-long and Got it at the Delmar, for whatever reason, is the natural theme tune to my book, The Twenty Seven Club. I don’t know why, but it just conjures up everything about the book. There’s something sweet, poppy and summery about this album, and I’ll never get tired of it. 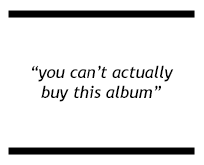 OK, so you can’t actually buy this album, because it was recorded from a recorded mix tape my old mate Ben made for our good friend Kassie. I found it when I was sleeping on the floor of Kassie and Sarah’s living room for 6 months in the early 90s, living on a mattress with a Sonic the Hedgehog duvet cover. Along with many of their clothes, I would occasionally nick this too. It’s a psychedelic ride with Janis Joplin, Steppenwolf, Cream, Jimi Hendrix, The Doors, Jefferson Airplane, Lou Reed – and many more. White Rabbit has to be up there with the best though – an Alice in Wonderland trip for grown-ups. What’s not to love.

Lucy is a mental health campaigner, addiction stigma-buster and author. Her first novel The Twenty-Seven Club is now available in paperback and will be released as an e-book on 3 March. Her first book, A Series of Unfortunate Stereotypes was published in 2018 by Trigger. Follow her on Twitter @lucyenichol or Instagram lucyenichol or sign up to her author newsletter at lucynichol.substack.com 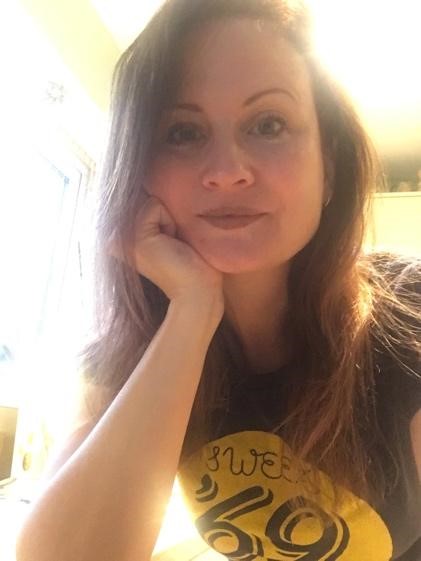