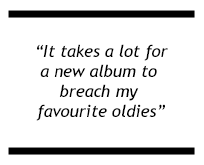 Working from my newest to oldest favourite albums, KG, a 2020 album by King Gizzard and the Lizard Wizard, is the most recent album and artist discovery on my top eight. Ashamedly it wasn’t until I came across this album that I discovered the band as well. It takes a lot for a new album to breach my favourite oldies but this one I could’ve mistaken for a really well made ‘60s album so it snuck in. Although I’ve always liked psychedelic trippy sounds, it wasn’t until I heard this album with its Turkish influences that I really loved it. The long-necked Baglama instrument (a sort of weird guitar) used by the band melds Turkish folk music with psych in a way I didn’t know I needed to hear. Driving back from Liverpool for the long four and a half hours for Christmas I introduced the album to my folks, blasting it on the car speakers. My feather-brained father asked me to repeat the name of the band so many times, even he was embarrassed. On that long drive, in the last of the Christmas sun, I could’ve almost, almost tricked my brain into thinking we were headed for a holiday - a much-needed feeling having been stuck in England for far longer than I would have liked. It’s like a bottled-up holiday and trip all in one, an unnerving, yet strangely comforting sound for this year, and an album that will sound even better on a real holiday - so save it for that day.

SAULT blew me out of the water.

A fusion of funk and Afrobeat, this UK group passionately expresses the black experience in a fucked-up year and it is simply incredible. They are a mystery band, with no press photos or interviews but a wealth of talent. Introduced by my flatmate in the summer of 2020, I ended up listening to this band non-stop. My favourite memory of 2020 involved this album, as me and my housemates, after having just swam in the freezing (and probably radioactive) Irish sea, sat on Formby beach on a hot summer’s day on top of a sand dune looking over the sea and windmills. My chosen song from the album, Masterpiece, is simply that - a masterpiece. The rhythmic drums, funky bass and soulful melodic accompaniment make it compulsive listening, and it seems to fit every weather and moment. The whole album fits together so well, and yet is far from repetitive. There was a time where I thought that newer music couldn’t reach the talent of the classics, but this album was one of the first to prove me completely wrong, and I’m so glad that it did.

Lausse The Cat - The Girl, The Cat and The Tree

‘The Prince of cats and Lord of the bins of Motor City’ is the little detail we know of the artist Lausse the Cat, as I seem to be attracted to talented, mysterious artists. Lausse the Cat is a hugely creative and unique mystic who combines some of my favourite genres of jazz and lofi/hip hop. Lyrics of drugs and alienation (what else can a student want to hear?) contrast with the, at times, soft and sweet instrumental, satisfying both sides of my brain. The smooth melding of French lyrics into the album even makes me regret choosing German and not French to study, but then I think the unfamiliar lyrics bring its own charm if you are unaware of what they relate to. Now, when compiling this list, it drove me a little mad, as I have so many favourite artists and albums that I had to make it easier on myself by forcing myself to make the top three recent albums. This isn’t said to undermine LAUSSE THE CAT but to acknowledge that there are SO many great albums that should be on this list. This album, however, has been on loop for the past year now and is so unique and memorable that I had to include it. For the student in particular, this album has become a quick favourite and one you are likely to hear in many smoky, grimy, overpriced student dorms and filthy shared houses. College music may be an insult of a kind, but there you go.

A Tribe Called Quest was the genesis of my love for hip-hop, melding Jazz, hip-hop and Afrocentric lyrical poetry into the most satisfying fusion. The band was the poor victim of my teenage lyric learning, which in the early days consisted of me getting three of the words in a sentence correct, leaving the rest of the sentence in a mumble of incoherency. They were also the gateway for Erik B. and Rakim, The Pharcyde, De La Soul, Digable Planets, Souls of Mischief, NWA and Public Enemy.

The Low End Theory saw the Jazz side of the band extended into a satisfying groove which I loved as a 13 year old kid and still love. Check the Rhime would be the track that I used to play on loop (meaning that yes, I am singing all the lyrics, but in my head now, so its fine.) The lyrics of the whole album are effortlessly smooth and memorable, and the beat will always make me move, making A Tribe Called Quest’s Low End Theory an artist and album I can’t imagine ever quitting.

Talking Heads is another artist which has been playing throughout my childhood, teenage and now adult life, thanks to my folks brilliant collection of records that I have now stolen. (My fools perhaps fits better - who would let someone ‘borrow’ a record?!). A precious copy of Fear of Music now sits beside my record player in Liverpool. Fear of Music was quite ironically Talking Heads attempt to escape the popular and likable, shunning previous methods and beginning the album with I Zimbra, an intense uncharacteristic song with lyrics from Dadaism. Despite this, or perhaps because of this strangeness I continue to blast this music in my bedroom. The albums lyrics are like a series of observations, little funny and ironic comments which makes the whole album seem so carefree. Cities, my favourite song from the album, would come to influence me more than I would have thought. Re-listening to it now, it’s looping chorus “I will find a city, find myself a city to live in” must have had a commanding and hypnotic effect on me, as without realising I have done exactly that in choosing to move from a small, eerily quiet Wiltshire village of 1,000 people often referred to as ‘grannyland’ by locals to Liverpool, unashamedly the loudest and liveliest city in the UK. 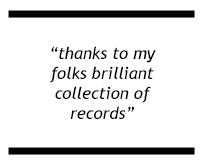 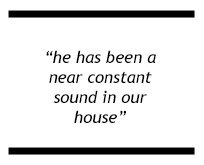 Anyone who knows me knows my love for Bowie. This was CLEAREST to everyone the day he died. After having cried in the morning at the news I went to school and might as well as have worn all black and a veil. In an English class the teacher asked why several of us looked so sad and we replied because Bowie died to which her response was, “So?” Now that response sticks with you. I can’t remember when I first got into Bowie, but he has been a near constant sound in our house and can provoke intense (and out of tune) karaoke sessions. Choosing a favourite was difficult, but Low was the album which I played so religiously when exploring Berlin and doing my work experience when I was 17 in Germany. Travelling on the U-Bahn at night listening to Low romanticised my journey and helped me to feel as though I was a bystander in Christiane F which my insane father made me watch when I was 13 (it’s about a 12-year-old heroin addict who becomes a prostitute and that screening scarred me). But Low is where Bowie escaped the rat race for a few years, moving to West Berlin allowing him to be anonymous and record Low away from the thrall. With perverse funk rhythms, echoing drums and distant vocals Low is made for the dark winter days. Always Crashing in the Same Car is my favourite track on the album, and a perfect song for my teen and adult angst as well as representing the shitstorm of the past couple of years (the car being the UK).

If I’m being honest, while this whole album is beautiful, the reason it takes one of the coveted spaces on this collection is because of the first track Águas De Março, one of my favourite songs of all time. Stumbling across this song randomly after having listened to Waters of March by Art Garfunkel, the still gorgeous English cover, I went down a rabbit hole of finding ALL of the versions of this song. I dare you to type in either Águas De Março or Waters of March to see all of the covers of this entrancing song. My absolute favourite version of which is the one by Elis Regina and Antônio Carlos Jobim. Elis’ soothing, melodic and quite frankly heavenly vocals lure you in, as the drums and male vocals join and the song builds and swells. I found this track shortly before going on holiday to Sitges near Barcelona with some of my closest Sixth form friends, compiling a playlist of Brazilian, Portuguese and Spanish songs, a playlist played on repeat throughout the trip fitting the heat perfectly. This song in particular was a favourite as a soothing bossa nova which would be on in the evenings when playing cards on the hot and sweaty balcony. This whole album was on the playlist throughout the summer and has a particular place in my heart.

My final selection is the soothing self-titled album Duke Ellington and John Coltrane. These two legends playing alongside each other on jazz saxophone and piano create such chemistry. Introducing someone to jazz, first calm them down and make sure they can see the open door in case they need to run. Then I would probably just lock that door and play my favourite track In a Sentimental Mood on loop until they were forced to admit they love it. In a Sentimental Mood is dangerously calming and relaxing instantly putting you into a melt. The song needs one of those signs with the warning ‘do not handle machinery when under the influence’, although at the same time it is made to be played driving at night on a quiet road. The track’s sustained lyricism, mellow saxophone and tinkling piano is simply magical. My Little Brown Book is my second favourite of the album and the two songs alongside could help you through any stress or worry.

Iz McQueen is a layabout student studying Film and Politics at the University of Liverpool (yes shockingly that is a degree) who aspires to become a filmmaker. If you’d like to poke jokes at her music taste you can find her on Linkedin at the site below: 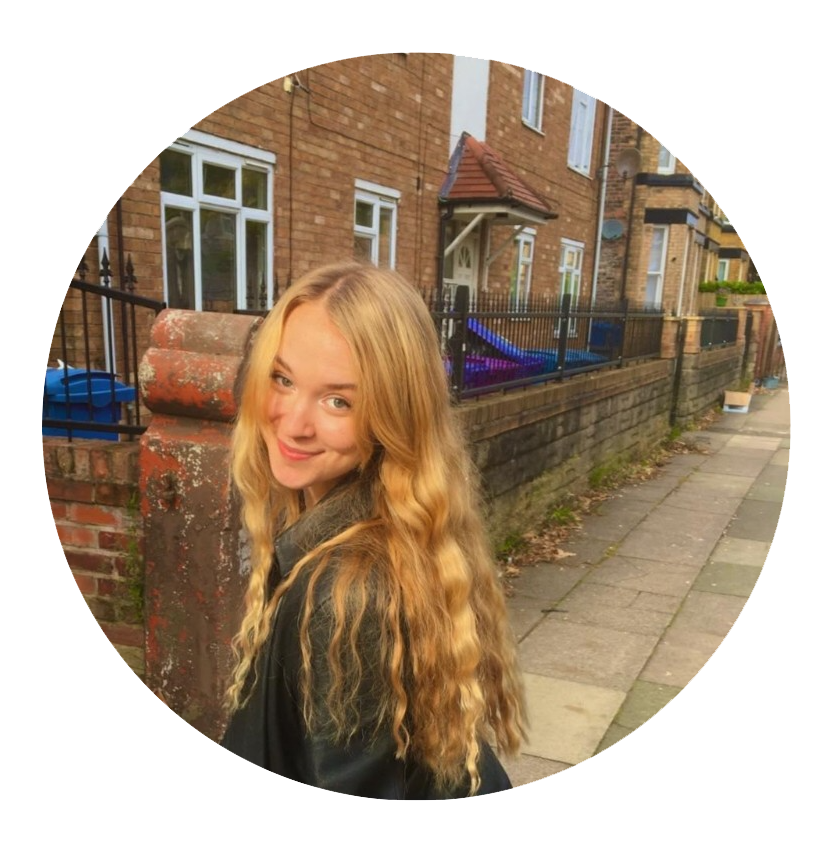