Genesis-Turn It On Again-The Hits

This was the first record I took from my father’s collection of CDs. I was 15 at the time and I wanted to listen deeply to Genesis following my admiration for Phil Collins. I had heard their songs on the radio (especially their smash hit Invisible Touch), but never got fully into them. I don’t usually like a Greatest Hits album because I prefer to listen to a record as a whole and understand the concept behind it and its common thread, but this one includes the best songs from the band, in my opinion. One thing I like about Genesis, and also about Phil Collins, is how they addressed social problems. Their social worry and involvement is constant in their careers. Songs like Land Of Confusion, Jesus He Knows Me or No Son Of Mine talk about social problems without falling into the typical protest songs. They are descriptive and sometimes emotional, illustrative of the feelings they try to show. They exactly know how to set the scene for a dark, scary and cold night, as it happens in Tonight, Tonight and Tonight and how to draw excellently on fear and the feeling of premonition.

I took a second look to Land Of Confusion back in April, with the pandemic. I found the song perfectly suitable for these times of doubt and uncertainty, especially the lines ‘there’s too many men, too many people making too many problems and not much love to go ‘round’.

My mother suggested I listen to Luis Eduardo Aute three years ago, but I dived into his music last fall. Unfortunately, Aute died in April of last year. He dominated almost every art, from painting, sculpture to poetry and music. He was a complete artist and a master in the latín music’s subgenre ‘canción de autor’, where the importance was in the poetry of lyrics. I think his death has left a feeling of orphanhood in latín music. In a time where latín music has almost forgotten the poetry and complexity of lyrics, his music should be a root. I’ve never felt the need for an artist’s music like his right now.

The project includes one of his most famous songs, Al Alba. For many years, people believed it was a love song and people used to play or sing it to their lovers. The song was originally going to be for the Spanish singer Rosa León, but after three years, Aute decided to record the song himself and include it on this album. It was when Rosa León heard Al Alba for the first time when she thought that it was talking about executions. This led it to be a symbol and anthem against death penalty and the last executions during Franco’s dictatorship. Every time I listen to this song I end up in tears. The cry for staying with his lover (‘Quiero que no me abandones’) when death comes is moving. The writing is full of implication, full of feeling and it could never be portrayed in a most touching way, like he does almost at the end of the song: ’Thousands of quiet vultures /are opening their wings/ doesn't it shatter you, my love/ this silent dance/ damn dance of the dead ones/ gunpowder of the morning’. The music has also something ceremonial that goes with the serious lyrics.

I think Aute was, above all, a poet. His songs had beautiful images, rhymes, musicality and metaphors, like the bleeding moon in Al Alba or in Pétalo, where he describes poetically when you leave a flower in the pages of a book (‘kissing the last lines’).

Aute was one of those artists that you should listen to and always return to. He was a total artist and his music, a permanent source of inspiration and reverence.

I fell in love with Springsteen’s music last year, after listening to his music on the radio all my life. I love Dancing In The Dark and the Born In The U.S.A. album, but having this album physically (I took it from my father’s collection again) created a more personal and intimate connection with the record.

I don’t think you can listen to this album without dancing to it. I love how the piano worked with the rock guitars, creating a unique and classic rock sound.

I appreciate it more each time when singers have a special, characteristic songwriting style and that’s the case of The Boss, with his rough voice. The River is one of my favourite songs on the album., which I included on my post about the 10 songs that will make you cry. Springsteen really did a great songwriting effort because the song sounds like it was a real life experience. The lyrics also have some simplicity like the deductive association of thoughts in ‘No wedding day smiles/ no walk down the aisle /No flowers/ no wedding dress’, but there’s where the magic of the song is.

His storytelling of town stories is brilliant and make you feel so close to the story. He knows exactly how to extract the poetry from the town living. I was listening to mainstream and contemporary country at the time I dived into The River, and I thought that this is how the town should be incorporated in the writing of a song, without clichés and full of truth. 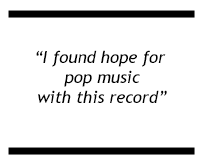 Christine And The Queens- CHRIS

In 2018, Youtube recommended I watch Christine and The Queens’ performance on The Late Show with Stephen Colbert. I knew her from her hit Tilted, but I had never listened to a whole album from her before.

CHRIS sounded so fresh to me. I found hope for pop music with this record. I spent all of 2019 listening to it. That year popstars incorporated trap beats and that scored big chart-success, I clinged to this record as the flag of what I wanted pop to sound like. It is liberating, little funk and disco, which drives you to dance from the first track.

Watching videos of Christine and her dancers performing this record live showed me another kind of music concert. The choreographies were perfectly designed to express the feelings and meaning of each song. It was like watching a play.

When I was a child, I remember being in my mother’s car and listening to songs from this album on the radio. When I grew up, listening to them on the radio was always like remembering a childhood memory. When I was 17, I started to listen to this record on purpose. After this rediscovery, I asked for it for Christmas and it was one of the first records I decided I wanted to have in my collection.

Once, I heard a journalist say that Keane was ‘the band of the four magical songs’. Those four songs were Somewhere Only We Know, Everybody Is Changing, Bend & Break and This Is The Last Time. The statement seems to me quite true. The rest of the album remain much sadder than these four legendary pieces, where you can touch hope. Maybe the secret is the piano or Tom Chaplin’s voice, one of the most beautiful ones, so full of emotion. I believe these four songs really represent the concept of beauty and they seem timeless.

My favourite moment on the record is the piano climax on This Is The Last Time. The ten seconds between minute 2:30 and 2:40 are so liberating… the song peaks in that instant.

I listened to this album in my first months in college, when I was far from home and trying to find my way, and now I always think about that moment when I hear it. This record has become extremely personal to me to the point of my family thinking of me when they listen to it on the radio. 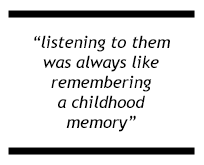 The Mavericks -Music For All Occasions

My father used to play this in the car a lot when I was little. Listening to this record and the previous one, What A Crying Shame, since I was a child has definitely shaped my taste for country music.

Raul Malo, the vocalist, is one of my favourites. His voice has a great ability to express feelings, especially pain and heartbreak.

The album includes beautiful break-up songs, like Here Comes The Rain, my favourite from the project. It transmits all the desolation and loneliness that comes after a break-up. I love the poetic view of the rain and night as a metaphor of his feelings.

For me, it really rekindles the spirit and the sound of ‘90s country in all its splendour, with its traditional and classic country sound. This album contains a country version of Frank Sinatra’s Something Stupid. I find it funny how they made a classic pop song country, instead of making country pop, as has been happening in the recent years.

The 1975- A Brief Inquiry Into Online Relationships

Second stop on my search for a pop revolution. Despite all the references or influences that it takes from other genres, the result is a great, connected ensemble.

Love It If We Made It is one of my favourite tracks from the album. For me, it’s the social anthem that I needed. I was 17 when this came out and I felt every word. It sounds combative but, at the same time, the song transmits the deception of the modern society and the disenchantment of a generation. I believe it illustrates that phase in your life when you realise some things are not going to change and the fight, maybe, is not worth it.

Lockdown helped me revisit a lot of records and this one wasn’t an exception. With the pandemic and all that happened in 2020, I found the song meaningful for these times. 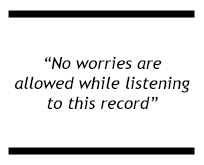 I discovered John Mayer in 2017. Soon, I found his music very relaxing and calm. Surfing his albums, I listened to Clarity. It’s maybe one of his oldest songs and one that, probably, he doesn’t even sing in concerts now, but it’s a pleasant journey. John Mayer spreads his existential issues and doubts throughout the record and, however, I found calm and peace with it.

Clarity inspired my playlist, ‘Sunday Morning’. The track is the perfect soundtrack for a sunny, weekend morning - flowers are blooming, the sun is shining and you’re just walking around your city’s favourite places.

No worries are allowed while listening to this record. I always come back to it when I am under stress and it’s therapeutic.

Born and raised in Spain, Ángela from the ÁTM-Music blog is 19. At the age of 15, she started to be deeply interested in music and in music charts. After some years as an observer, she set up her own blog last year (https://atmmusica.blogspot.com/), where you can dive into her music universe: from albums reviews to recommendations and new artists discoveries. You can also find her on Spotify (angetorreme) and on Twitter (@angetorreme) to know the latest posts.