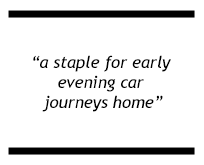 The Fureys and Davey Arthur – Live

This one belongs to my Dad, whose love of folk stems from his family’s roots in Ireland. We owned the cassette, which became a staple for early evening car journeys home. It became a real tradition to sing the whole album together (apart from Alcoholidays, a catchy instrumental) at Christmas on the way home from Uncle Frank’s place as my parents struggled valiantly to stop my sisters Em and Lou or I falling asleep. I never really understood why an early evening catnap was such an issue, until I had to cope with my own kids when they were up at 5am the next day after a 6pm snooze.

In general, we managed to make it home awake… although my Dad was known to snatch the odd snooze during Alcoholidays, which was invariably a good description of Boxing Day with the Irish side of the family.

Growing up, I loved my rock music. Still do. And this was the first album I totally loved. Unabashed hard blues rock with a sense of humour, lent to me on vinyl by my Under 15 tennis mixed doubles partner Celia, still a mate to this day.

Very soon after borrowing the album in 1990, I saw the band live, opening up the Monsters of Rock festival at Donington that year. They were the opening act on a hot summer’s day, but blew the festival apart playing entirely from this album, with the show relayed live on Radio 1. If you watch the videos back on YouTube now, they have the whole place in the palm of their hand. Blazing sun, too much beer (for a 15-year-old, at least) and not a single mobile phone in the air. Happy days.

Growing up, I was a cassettes over vinyl guy. I was lucky to have my parents taxi me around to play a lot of sport, and if you owned cassettes it meant you had half a chance of driving the music selection. Mum actually has very good and balanced music taste, but there’s only so many ABBA tunes a self-respecting teenager can justify knowing by heart.

Obviously, you had to be sensible. Mum or Dad weren’t likely to put up with The Dogs D’Amour or Skid Row (although I suspect they both quite liked the aforementioned Thunder album on the quiet).

I can’t remember quite how I first discovered Deacon Blue’s first album Raintown – or why its portrayal of the struggles of urban life in inner city Glasgow hit me for six. But I have so many memories of blaring it out with my Dad (not on his Alcoholidays, but at the wheel) on the way home from football matches, sitting on my jacket to avoid getting mud all over the seats of the company car he’d managed to wangle.

35 years on, bar the odd synthesiser the music sounds as fresh today as it did then (to me at least, the kids might well have a different view). It takes me back in an instant to our long post-match drives home from games we’d won. 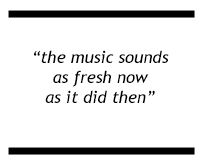 Counting Crows - August and Everything After

I met my wife Claire at University. We had pretty similar music taste, although my collection had made a bigger dent in our student bank balances than hers. We’d actually each seen The Black Crowes shake their money makers on the same tour in 1989, albeit she was in Blackburn and I was at the Hammersmith Odeon. That venue will always be the Odeon in my book, no matter how many comedy shows they run from the Apollo.

We had a few albums that appeared in both collections, and August and Everything After was one. It’s just mind-bendingly good from the start of Round Here to the end of A Murder of One. The sign of a good album in my book is that I can pick out three singles, whatever my mood. I’d probably get to five or six with this album.

When I started to teach myself guitar, I spent days on end trying to learn the chords from Rain King and Mr Jones. In those days it took 15 well-earned quid to buy the official sheet music from a music shop, rather than a quick Google and, in my case, hunt for the easiest possible version of the chords to knock out.

My two great loves are sport and music. Put them both together in the right way and it stops me in my tracks.

Nick Hornby’s Fever Pitch would make my eight books list, should the Eight Albums website ever feel like branching out. It tracks the story of a hopelessly devoted Arsenal fan (played by a very young looking Colin Firth), who slightly haphazardly tries to balance his passion for sport and the woman he loves. I could somehow empathise with that!

Like all great soundtracks, the music is hugely varied – from Baba O’Reilly by The Who to I Started Something I Couldn’t Finish by The Smiths – with some small excerpts from the movie.

When Claire and I got married in 2003, we created a CD for everyone as the wedding favour which we called ‘Match Day in Bolton’, Claire’s hometown where we were married. The first two tracks on our wedding favour were lifted (ahem) from the Fever Pitch Soundtrack. For Track One, Colin Firth reads, ‘Anthropologists have always had a hard time with football. Trouble is you can only see what’s on the outside. But there is an inside believe it or not. We all have good reasons for loving things the way we do.’ At which point the opening riff from There She Goes by The La’s kicks in. Nearly twenty years on, I still well up listening to that combination. 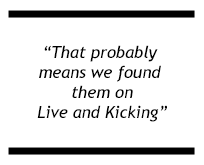 In my second year at University, I lived in a student house called Neale House with three guys who remain some of my best mates to this day. It was about as ‘studenty’ as it possibly could be - we had a very old TV in the spare room in the days before remote control, so used a garden cane to change the channel between the four on offer.

I think it was a late Saturday morning (i.e. post fry-up) when we first stumbled across Hootie and the Blowfish singing ‘Only Wanna Be With You’. That probably means we found them on Live and Kicking. We would have tuned in (via the cane) with fuzzy heads and dodgy stomachs to watch Zoe Ball take our pain away. Instead, we had Darius Rucker, Hootie’s lead singer, hit us with the catchiest rock tune in years. It wasn’t Reservoir Dogs or Oasis cool, but it just worked.

We still all found ourselves singing the chorus the next day despite only listening once – and that was it. Inexplicably the tune seemed to suit both air guitar at 3am and the house alarm call five hours later for hungover football training, which made it perfect for the Neale House anthem.

My sisters and I both loved the band, and still do. In 2019 we took a trip together to see Hootie at Hammersmith Odeon (yep, still the Odeon), a rare chance to get out together on a school night. 1995 or 2019, I wouldn’t have been anywhere else in the world.

In later years, I’ve lived on the indie / rock border. Forget the complicated algorithm Amazon, just suggest other albums loved by people who fell for Performance and Cocktails. I must also like earthy tales of growing up – this is just as powerful a portrayal as Raintown, with the focus moving from urban Scotland to a small town in Wales.

I think Sterephonics’ lead singer Kelly Jones is a genius. In a podcast with Jake Humphreys last year, he talked about the fact he doesn’t want Stereophonics to define him, and is looking to challenge himself in all sorts of areas. That really resonated with me, having recently stepped back from a business I co-founded alongside Claire and a mate a decade ago. Now I find myself looking to plough my own furrow a bit more, trying new things even if they’re not the safe option…more interested in what I learn than whether they succeed.

It’s the same sentiment Kelly Jones expressed on my favourite track on the album, Just Looking. He talks about the myriad of things he could do with his life - he once said in an interview the working title was ‘The List’. Life’s too amazing to stay in one lane for too long.

Various Artists - Best of the Fest

It all started with having too much to drink with those mates from Neale House some 20 years later. A charity dinner this time, a very big night and the kind of email header you dread the next morning, ‘Your Winning Bid in the Silent Auction’.

Dear Matt. Congratulations on your winning bid for a day at a recording studio.

The problem was, we had previous. To borrow the title of another Stereophonics album, we had just enough education to perform. A few of my best mates, including our very own Neale House vocalist Geoff, had played a surprise (to us, as much as anyone else) gig at the ‘Match Day in Bolton’ wedding extravaganza of 2003.

In ‘winning’ the silent auction, we seemed to have unwittingly given ourselves a rather expensive excuse to get the band back together. Geoff very sportingly agreed to pay half of the very large amount I’d committed the night before.

Six months and a fair bit more Dutch courage later, we found ourselves recording Glory Days by Bruce Springsteen at a studio in Ruislip. The lyrics just worked. Our own glory days were likely long gone – but we still knew how to be slightly late to the beat with the best of them.

We all know what bands do next when they’ve got a single? They make an EP of course. But we didn’t think we had the talent or the livers for that. So we found some talented friends and family to record some tracks, and stuck them on another home-made compilation, ‘Best of the Fest’. No favours this time - we sold them for a fiver at a gig in our garden in aid of the Young Parkinson’s Foundation. I’ve nominated singer-songwriter Danny West’s incredible Lost Minute for the playlist. Not only one of the best songwriters I know, but also a fantastic tennis coach. Music and sport, see – it’s the way forward.

Matt Rogan is a well-known and respected figure in the sports business, latterly as the co-founder of Two Circles, the fastest growing sports agency in the UK over the last decade. The business grew from Matt’s kitchen table to work with five of the six biggest sports events in the world, as well as many British household names.

Matt now writes, teaches and also presents a podcast series for sports industry-leading media company SportsPro as well as several international Business Schools. He has been published by Harvard Business Review, and has featured on the likes of BBC News, BBC Sport, MTV and CNN among many more. MTV isn’t a typo – he was Sponsorship Director there for four years, a brief foray into his other great love of music.

Matt's first book, written with his father Martin Rogan, was published by Matador in 2010. His second is published in July 2021. He plays limited but enthusiastic rhythm guitar with Whippets – some of whose (publishable) escapades appear in the stories on this site. 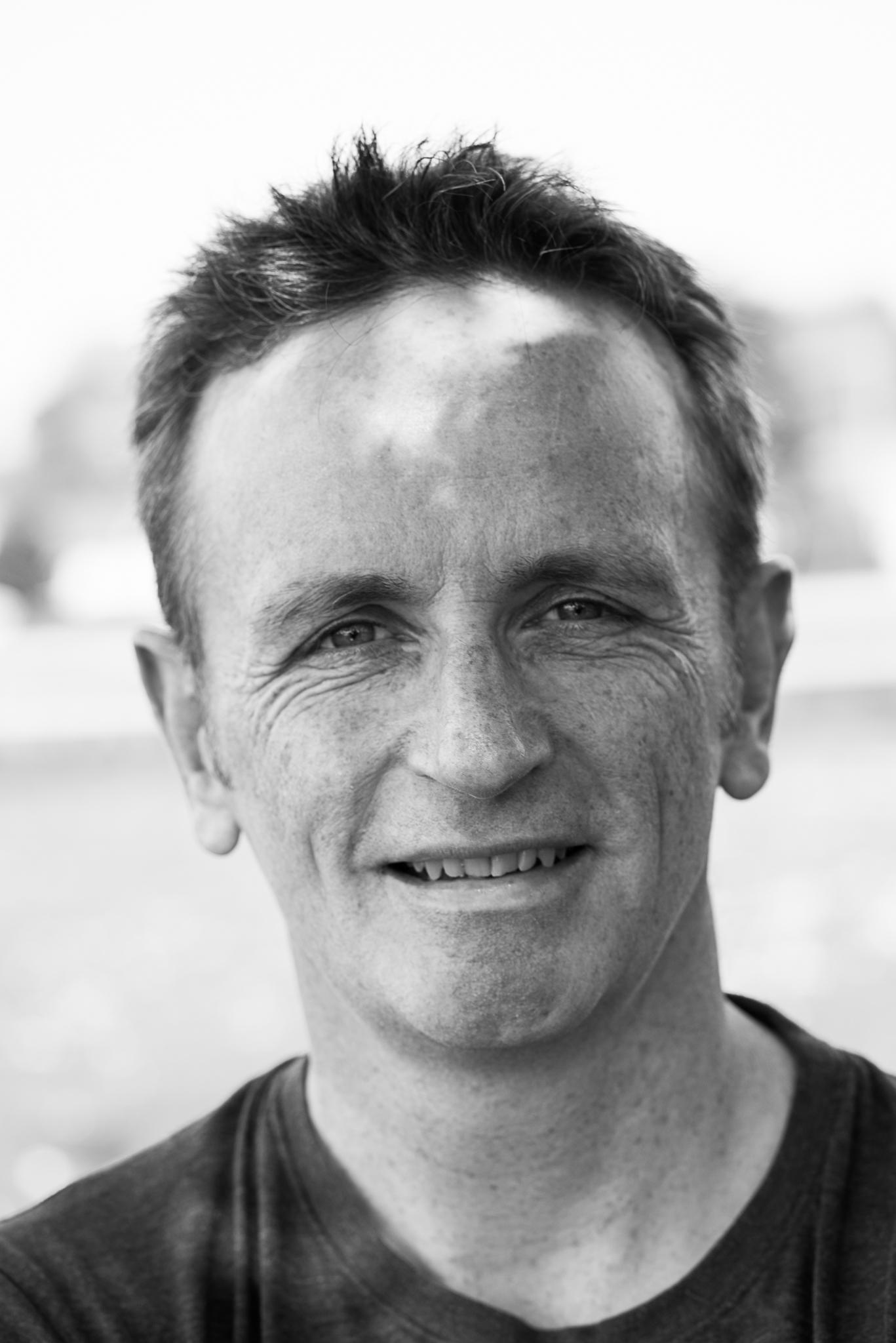