This is probably the first album I owned. I received a record player for my birthday when I was in first grade (from my grandparents), and someone (possibly my very cool aunt) gave this album to me as well. There is no question that it led to my lifelong love of cheesy pop music. I thought it was incredibly slick, with Mickey and Minnie dressed up and getting down on a shiny dance floor under flashing lights. My sister, who is four years younger than I am, used to listen to it with me non-stop. “Disco Mickey Mouse” and “Watch Out For Goofy” were our favourite songs. When we were sure our mom wouldn’t notice, we jumped on my bed while listening to this record. We pretended we were gymnastics teachers, and the bed was a trampoline. Honestly, I don’t know how we didn’t break the bed or how our mom never said anything to us about our bad behaviour. These are some of my fondest memories. When my nephew was a toddler, I busted the record out and played it for him, too. We discoed up my parent’s living room. I’m 45 now, married, and living in another state, but I still have this record and the record player.


I had been a Madonna fan since I was a kid in the mid-80s (as seen from my next selections), but Ray of Light just blows me away to this day. I can’t believe it came out more than twenty years ago. I purchased it three times (first on cassette, then twice on CD) because I somehow kept losing the album. I was in graduate school when it came out and also had just started running regularly. This was my go-to album for my runs. It’s impossible not to feel alive while listening to Ray of Light, Nothing Really Matters, or especially Sky Fits Heaven. The album came out just as I was starting my career in public service. At the time, I felt very optimistic that I could make a difference in the world, and Ray of Light encouraged that type of thinking (even though I know better now). Whenever I’m a little down, those songs perk me right up. Even the serious songs, like Swim, rejuvenate me. It’s all very inspirational, but not too heavy.


It’s probably cheating to choose this album, as it has all of the songs I loved as a child and teen. Madonna captured my imagination as I grew up. I loved how she constantly defied expectations, did what she wanted, and reinvented herself as it suited her. Sometimes she was just fun (Holiday), sometimes she was elegant (Vogue, Material Girl), sometimes she was sexually aggressive (OK, often she was sexually aggressive – Like A Virgin, Justify My Love), sometimes she was reflective (Life to Tell), sometimes she had messages (Papa Don’t Preach, Like a Prayer [well, the video, anyway, and I always think of the video when I hear this amazing song]). In my conservative-leaning upbringing and community, all of these things were frowned upon. I just loved listening to her play all these things out, not caring what anyone thought of her. (I still wish I could be like that.) After my sister graduated high school in 1994, we went on a celebratory road trip through the upper midwestern US (Wisconsin and Minnesota). This album was our soundtrack. Almost every song on this album makes me happy and ready to jump up and dance. In one of my (currently unpublished) novels, the main character listens to this album all the time.


This is the first non-children’s music album I ever owned. I was in third grade and asked my parents for the cassette as a Hanukkah gift. I had no idea what a virgin was, or else I would never have asked because I’d be too mortified. One day on the school bus, my friend told me about an event (a wedding? A bar mitzvah?) she attended where the kids were accidentally served alcoholic drinks and the adults got the virgin drinks. I wasn’t sure how that really played into being “touched for the very first time,” but it sort of made sense to me. (Thinking about this inspires me to ask my parents what they thought as I ran around the house singing that I was like a virgin.) I also remember rushing home from the bus to watch the local television station’s half hour of music video programming. I was allowed to watch it on the black and white television. I always hoped Like a Virgin, Material Girl, Dress You Up, or Angel would come on. The 1980s were a strange time to grow up, but I guess all times are weird in their own way.


I did not own this album, but I coveted it. I will never forget how Michael Jackson was splayed across the cover in that white suit with a black shirt and his oiled curly hair. I was in second grade when it came out. Thriller was a terrifyingly fun video. We danced like zombies at recess. As with Like a Virgin, I didn’t really understand what was going on in Billie Jean, but I agreed she definitely was not his lover. I thought the video for Beat It was educational – it taught me everything that I, a white girl in a predominantly white Chicago suburb - needed to know about being in a racially integrated gang fight. At any rate, everyone I went to school with was crazy about this album, just like the rest of society. When Michael Jackson was coming to Chicago for a concert, you could send in a postcard (or hundreds of postcards) to a lottery to win the chance to buy tickets. My mom was also into Michael Jackson, so she entered a postcard. I was sure we’d be able to go. I prayed that this would happen. When it didn’t work out, it was my first inkling that there was no god.


More cheating on my part by selecting not only one greatest hits compilation album, but two of them, but these are albums that gave me pure happiness. I had them as cassettes. In my sophomore year I became very interested in the social movements and music of the 1960s. (Who can blame me? The early 1990s were not nearly as interesting.) I dated a guy who was a huge Beatles fan, and we sang these top songs together as we drove around the Chicago suburbs in his dumpy car. If there were ever two albums that captured the changes of that wild decade, these have to be them. We start with the Beatles, freshly scrubbed in matching suits, singing cheerful, innocent – ridiculously catchy - ditties about loving you do and always being true while wanting to hold your hand, then wind up with Lady Madonna with children at her breast wondering how she’s going to pay her rent while people want to have a revolution. Every single song on these is pure gold that hits the target. In the same (currently unpublished) novel that frequently references Madonna, “I Am the Walrus” is mentioned in a crucial moment when three sisters who were separated at birth meet for the first time. Goo goo g’joob.


This album is pure sentimentalism for me. My grandparents, who were Holocaust survivors, had it in their apartment, although we never listened to it together. I just remember the bright yellow cover among the stacks of other boring-looking records, like Connie Francis. I love this album (and musical) because it so lovingly depicts a group of people finding their places in a changing world that doesn’t want them. All the songs have emotional resonance for me. I think the first time I heard a song from this album was at my bat mitzvah party, when the DJ played Sunrise, Sunset while my parents lit a candle to celebrate. It took me a little while to get into the rest of it, but once I saw the movie, I was hooked. Even the song I don’t like that much (Far from the Home I Love) is still a great song telling a story about tradition and roots. I will never not cry hearing (or even thinking about) the final song, Anatevka. Just brilliant.


“There are about a million things I want to be when I grow up,” Suzanne Reisman wrote in a semi-autobiographical story when she was in fourth or fifth grade. “First of all, I want to be an author, second an advertiser, and third a baseball umpire.” Although she has managed to write several novels and one book about unusual things to see and do in New York City, she works for a charity instead of as an advertiser or baseball umpire.
Twitter: @suzannereisman 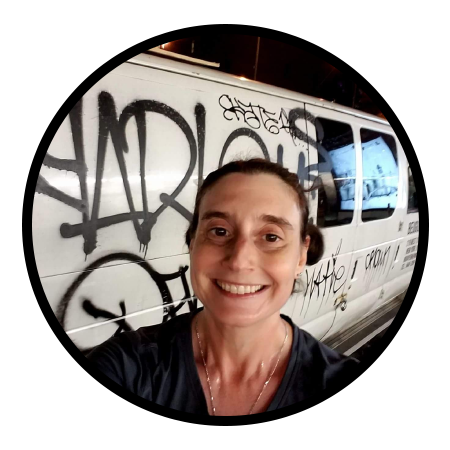