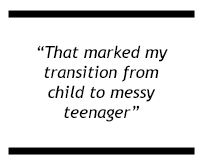 I’m not a music expert, I don’t have any musical skill or any sign of rhythm, and my life isn’t marked out by a soundtrack in the way that I hear some others describe. Music has always been a pleasure but never a passion, though I love live music like I love live theatre or live football. Performance creates a connection, not just with the people on the stage but with the whole attendance, live events are a lifeblood and have been sorely missed during troubling times. So, anyway, that means that these are not the eight greatest albums of all time, they are the ones that tell a small part of my story.

Having said all that, if any album defines a time of my life it is Appetite for Destruction. As teens we are ripe for influence, we want to find our path, make a statement about who we are in this world, but we need guidance and usually it’s angry and rebellious. Guns n Roses burst into my life at exactly that moment, as a 14-year-old in a small, comfortable town that couldn’t have been further from the jungle that welcomed me with fun and games.

Back then, I remember us being very protective of this band as the general masses who mocked our status as heavy metal fans wanted to claim a piece of Guns n Roses. For the first time we were being defined by our musical tastes, us and the Goths united across the common room floor by being different, and we didn’t want any encroachment, just as we didn’t stray from our allocated genre. Daft buggers. We spend the first stages of life creating this identity that allows us to fit into and function within society, but if we do it right in the later stages we let all that go.

My musical tastes have become far more elastic but even now, more than thirty years later and with the most dangerous band in the world considerably tamed, this album still sends me back to my youth and refreshes me. They were the band that marked my transition from child to messy teenager and they were also just so damn good at what they did. Every single track stands up as strongly now as it ever did. If I need a shoulder, or if I need a friend, it'll be here standing, until the bitter end.

Alice Cooper – Trash (and the rest)

Does every introvert have an extrovert inside? I’ve always had a vibrant inner life that has felt in conflict with the real me. Outwardly quiet, a tad awkward, but on the inside a wannabee Rocketman, a Bowie, an Alice Cooper. It started with Boy George when I was barely into double figures of age, I always loved a showman, and as I moved into and through my teens the make-up got blacker. Trash was the album that introduced me to Alice, the mainstream friendly influence of Desmond Child propelling this Halloween figure to Top of the Pops, but I was quickly working through his back catalogue, at turns gruesome and darkly comic.

At times Alice Cooper lyrics can be excruciating to listen to with juvenile innuendos and desperate attempts to shock and Trash has plenty of that, which is why it isn’t an album I return to anymore. He was also capable of moments of genuine emotion though, perhaps best encapsulated by the ballad Only Women Bleed from his Welcome to my Nightmare album. Alice was always trying to adapt to the latest musical environment, but his best work was original when he set the direction rather than following trends.

On stage he was electric and though there was always an element of pantomime to his performance, there was an extra tingle of anticipation when Steven was dragged away in a straight-jacket and the nightmare began. Alice was rock guitars smashed together with over the top live theatre, an outcast, an anti-hero, the ultimate outsider, the perfect mix for a shy teenager looking for a mask. See my lonely life unfold, I see it every day.

In almost every conceivable way I have been privileged, but I have still always felt slightly removed and outside of the dominant culture. Maybe that’s what draws me to Hedwig, there is surely little further outside “the norm” to go than Hedwig, or maybe I’m over thinking and it’s just a remarkable and moving story set to a series of banging tunes and heart-wrenching lyrics.

Hedwig is all about being an outsider, about being broken, let down and alone, about perseverance, love and redemption. But I could swear by your expression, that the pain down in your soul, was the same as the one down in mine.

We are living through a crisis of English national identity, fuelled by opportunist politicians and a greedy, salivating media who thrive on division and conflict, but it wasn’t always like this. When I put the Shooting Fish soundtrack on it reminds me of a time, not so long ago, when Britain was collectively bold, creative, confident and proud. It stands tall and struts, but not with arrogance or aloofness, it pulls together and celebrates. Where did that united kingdom go? Or maybe it was an illusion all along, maybe back then it was 48% of us feeling that buzz while we ignored 52% who bided their time. Somehow, we need to figure this stuff out.

These days the quiet, introverted thinker has been embraced. Stick me in the back room of the pub with the beer, the philosophers and poets. Frank Turner’s Photosynthesis has apparently had over 10 million plays on Spotify, which sounds like an awful lot, but I like to think that at heart he is a backroom poet, a storyteller. Certainly, when he performs live there is an intimacy to his performance and a sense of all being a part of it, which is remarkable having seen him so many times over an extended period.

When Tolkien created Middle Earth he is said to have wanted to write a mythology for England and in a small way I think that Frank Turner is doing the same with his songs. There are stories formed from tradition and history and those based on the detail of life lived here now and they bind together into a sense of people and place. In a time when Englishness is in a state of turmoil we could do well to turn to our poets, historians and storytellers to rescue our sense of self from the populist nationalism that is currently rife. Let’s be crass enough to care.

Life is bittersweet and The Undercover Hippy manages to capture it in both its beauty and its pain. Whether he’s singing about lying politicians or that mate that everybody’s got, the destruction of our natural environment or dancing like it’s your last chance, there is an infusion of hope and joy in his energetic songs. We have a long tradition of protest songs and Billy Rowan continues it with rhyme and wit. It’s important to call out hypocrisy and greed in our society, but it is also important to keep a sense of humour and humility. Opinions are important and should be put out there for debate and scrutiny, but truth matters and must be spoken to power. See these MPs on the TV, talking on repeat like a scratched up CD, so many lies that their face looks seedy, so much to hide that they can’t talk freely.

I started with an album that was perhaps one of the biggest of its time, but my story closes with one that (I imagine) made a much smaller impression on the global population. Megson are a folk duo from Middlesbrough and they tell small stories about communities. As I’ve gotten older, I have found hope in small things. We tell ourselves we have never been more connected, but I wonder whether the reality is that we have never been more stretched.

I think roots are important, local cultures are important. They tether us to the place that sustains us. We value mobility and individuality now, but as a result have become rootless and disconnected. Stories allow us to pass on wisdom, knowledge and relationships and Megson tell wonderful stories of wonderful everyday people (and one about football). Cos once you're certain, that all hope is gone, a long shot is better than none. 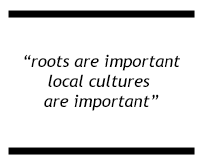 The King’s Will – As the Power Fades

Eight Albums was what they called it, so eight albums were needed. I spent some time coming to a final entry. I felt that I had a story to tell but it came through in seven, so for my eighth I chose a lament for a band that is no more. I came across Musa Okwonga as a football writer, then he sent me a digital copy of a new album he’d made and I discovered the poet. These days I find myself turning to his often angry but always considered thoughts on major topics that break around the world. I always value his perspective.

I don’t know how we deal with all of the problems that we face. This album alone picks up on homophobia, the climate emergency, industrial capitalism and more. Some things we have to call out and confront, but we also have to find a way to heal and redeem. For that we need a conversation rather than a monologue, but we can’t do that until we are able to create a connection across the divides. Maybe we all need to get off social media and start talking to our neighbours, but then I would lose voices like Musa’s that have broken through the noise and become important to me. I just don’t know and maybe that is the eighth part of my story after all.

Sadly, I no longer have that digital album, but I still find myself looking up the tracks on YouTube. They are biting, powerful, angry and beautiful commentaries on our society. The King’s Will isn’t here any longer, but Musa is and fiercely battling.

(As the Power Fades doesn’t appear to be on Spotify, so in the playlist I have added Pig City from the band’s second album The Swords are Coming)

Steve Wright is 47 and lives in Nottinghamshire. When his kids were kids they described his day job as “counting money”, but in the evenings he dreams and tries to put those reflections into words, when really he should be putting them into actions. Occasionally he does that too. He tweets, less often than before but still mostly about football, at @mistrollingin