All of my musical discoveries come from key events in my life. I first discovered the Pixies around the time of their first break up after the release of Trompe le Monde. I was given a cassette tape of Doolittle by the lead singer of a band I was in at the time. Suffice to say, I was hooked. Quiet, Loud, Quiet sums them up really. The original Indie band who have influenced so many others over the years. I’m still a massive fan, seen them several times and even though Kim Deal left the band some time ago, they are still superb and my favourite Indie band.

I first heard RATM whilst driving to work when I used to be a mechanic. The van I was driving had a 1 Watt, tinny, mono FM radio and I heard this song come on Radio 1 during Steve Wright in the afternoon. Oh my god, it blew me away. I’d never heard anything like it, especially Tom Morello’s guitar work. Classic Drop D tuning throughout the album with killer Bass lines. Seen them a few times live including the famous Finsbury Park, Anti-X Factor gig in 2010. In my opinion, there is no band who are ‘tighter’ musically and hit it the hardest on stage. During the times that RATM split up or disappeared I’ve followed the various RAGE ‘Spin off’ bands like Audioslave or Prophets of Rage (which were equally amazing too live!) 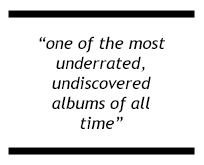 Gene - Drawn To The Deep End

This has got to be one of the most underrated, undiscovered albums of all time. I always feel quite ‘smarmy’ when I listen to this like it’s my secret alone and nobody else has discovered it. Of course, that’s not the case and its probably been listened to by millions. Superbly crafted songs, strong melodies and vocals throughout. It’s really, really hard to pick a favourite track as every single song is superb but if I had to, I would go for Speak to Me Someone, written in a sad key but it’s also very uplifting. Absolutely gutted I never got to see them live, I suspect they were fantastic.

Deep Purple - Made in Japan

A complete live album by one of the best live bands of all time. Released in 1972 when I was 3 years old, my dad had this so my earliest musical influence came from it. All I can say is I’m glad he wasn’t into mediocre Rock but appreciated the quality of Paice, Gillan, Lord and Blackmore. The ultimate rock line up from one of the greatest British Rocks ever. This recording still stands up today as an example of how you are supposed to do Live Music. Listen out for Ian Gillan’s vocals on Child In Time, the move up a full Octave still makes the hairs stand up on the back of my neck. 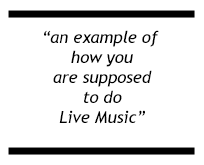 Prodigy - Music for the Jilted Generation

I bought this the day I first got hold of a car CD player. Now there was a time that was actually a big thing. All I can say is I am glad you couldn’t wear out a CD like vinyl as I absolutely hammered that album every day to and from work in the car. Every track is a banger with superb sampling and looping way before the days that it became very easy to produce yourself in Ableton Live. I’ve never really been one for actually getting on a dancefloor, especially as I got older, but back in the day if I heard ‘Poison’ drop, I was all over it, … big fish, little fish….

One of the pioneers of Hip Hop. As a 13-year-old kid, I got into Hip Hop in a big way listening to Grandmaster Flash, Man Parrish, Melle Mel and Shannon amongst others. Years later I went back looking for the music that influenced the early days of Hip Hop and little did I realise that a poet who’s arguably a jazz / blues musician was actually one of the pioneers. The album itself bears little resemblance to modern Hip Hop but you can definitely hear its influence in a track like ‘The Revolution Will Not Be Televised’.

Another album I nearly wore out (except it was a CD). I think I have owned this one in every format going so the band must be doing well out of me! This album is an absolute killer if you are into Rock / Metal / Hip Hop. The vocalist Heitham Al-Sayed is a lyrical genius, anybody who can come out with a lyrics like “Put all their piggy-pennies in their piggy-bank so they can consume you wherever they go. Talk like a sit-com, eat your "Whopper" I won't be another "Happy Shopper". Be a good boy, ignore the facts you know you'll feel much better. Bow before the God, we'll suck you dry and send your Mom a letter.” Listen out for that on the track called ‘Eject’. 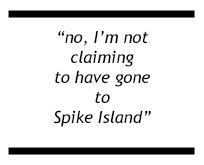 I was there first time around and no, I’m not claiming to have gone to Spike Island. It’s really hard for me to pick a favourite Manchester band of that time. I remember gigging with my band in town a few years later trying to recreate the sound influenced by the like of Happy Mondays, Inspiral Carpets, Northside and the Paris Angels to name but a few. Many great bands came along years later like Oasis and Elbow but of all the bands who represented Madchester’s cool swagger, nobody did it better than The Stone Roses and this album will always be a classic.

Scott Fleming lives in Radcliffe, Manchester with his wife Mary. Former drummer in ‘Thought Criminal’ an early 90s Indie Band from Bury, Scot is still drumming, playing guitar and producing music, albeit from the confines of his Mancave. 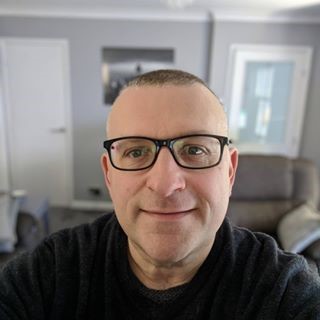