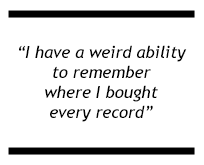 I have a weird ability to remember where I bought every record. This was purchased in early 1990 at the age of 9 from a small independent record shop in Kirkby, Liverpool. Having heard a couple of the singles (The Magic Number, Say No Go) I spent some of my birthday money on this LP.

An album I still play to this day, although my original vinyl copy has since been replaced by a slightly less scratchy vinyl copy.

I absolutely love the way they used samples, melody and humour to craft what is a timeless album.

It wasn’t the first album I bought, but maybe one of the earliest that is still in regular rotation.

Purchased in 2003 from a record shop just south of Greenwich Village in New York called House of Oldies – this was in the ten dollar bin. I’d heard some music by him before, and had a few 45s and 78s by him already but always wanted this. Calypso is feelgood music – and this contains some amazing songs including the Jack-Ass song, Day-Oh and my favourite Man Smart, Woman Smarter.

I managed to get a second copy in a box set or ‘album’ of 45s in Portland, Maine in 2016. This was from an era when LPs and 45s were in direct competition and labels would often put out as an LP and an album of singles for an autochanger. Amazing stuff.

As a teenager I had a book of influential album covers and this was one I always loved. This was in no part down to the fact that I have always been a vinyl obsessive. The artwork sums up what being a graveyard shift DJ in a small station in the US must have been like.

Roll on a few years and I found this LP for £1 in a shop in Chorley in immaculate condition. I was in my third year at university so didn’t have a lot of money but was very excited to get this home and give it a spin.

The opening track IGY is his account of being a child in the 1950s and dreaming of the space race and the new technology that was coming along. The idea of an underground rail tunnel that could get you from New York to Paris in 90 minutes – that’s feasible right?

It takes a lot of the creativity that made Steely Dan so good, coupled with artistic freedom he had as a solo artist, and finished with absolutely incredible recording and mastering. This is still one of my ‘hi-fi’ test records whenever I get a new stylus or preamp!

Purchased the weekend of its release from HMV in Church Street in Liverpool. I remember being so excited I opened the shrink wrap and read all the liner notes and inner sleeves at Liverpool Central Station.

I’d always been a Suede fan, truth be told I held them above all other bands in the Britpop era and the release of this album was hotly anticipated.

Bernard Butler’s guitar at this was incredible and Brett Anderson was beginning to get over the loss of his girlfriend running off with Damon Albarn out of Blur. At this time Suede v Blur was the big rivalry as Oasis were only just becoming a thing.

Mothers of Invention - We're Only In It For The Money

My dad remarried when I was twelve and his new wife brought around 300 LPs with her. They were mostly Jazz but there were a few that very much jumped out at me. This was one of them. This is Frank Zappa’s band’s third offering and I was intrigued by the ‘reverse’ Sgt. Pepper cover. I played this over and over again until I was able to purchase my own copy (The 1995 Rykodisk reissue) via mail order.

Zappa was a man who never took drugs, and shunned the hippy movement for their plastic and fake attitudes to life. This lambasts Haight Street and the San Francisco dropouts and is an incredible pastiche of noises, and music, and back-masked weirdness.

Such scenes and a very immersive introduction to the vast catalogue that FZ has left us. 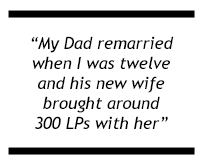 More well-known now for his championing of new music on 6music, Tom Robinson was originally a political spokesman standing up for the gay scene and against the establishment that had marginalised him for living his life. This is a raucous 40 minutes of pop punk and there isn’t a bad track on this.

I first got this from a Market Records in Southport in 1996 and played it to death. It even came with a ‘fist’ stencil that had a warning that it wasn’t to be used for vandalism. Yeah right – that was guerrilla marketing before it was even a thing.

I was lucky enough to see him tour this LP in full in 2018 and it is still hands down one of the best gigs I’ve ever been to.

Bob Dylan - Blood on the Tracks

Can’t have a list without having the Zimm on it. This is the LP that famously saved his career and that he recorded twice because, as rumour has it, the buttons on his shirt kept banging against his guitar and it was audible on the album.

Purchased from ‘John’s Shop’ in Waterloo in 1993 for £1.50 this was unlike any Dylan I’d heard before. I had a lot of his 60s stuff but this felt different. Still a fan of longer songs Dylan put ‘Lily, Rosemary and the Jack of Hearts’ on this which was an epic which to this day I don’t understand. My all-time favourite ‘Idiot Wind’ is what makes this his finest work.

‘Idiot Wind / Blowing every time you move your teeth … You’re an Idiot babe / It’s a wonder that you still know how to breathe.’ 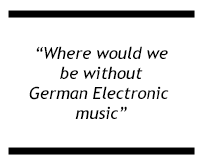 Where would we be without German Electronic music, I hear you all ask, well a lot of the music we hear today wouldn’t exist.

Absolute pioneers in computer music, synthesisers, and the ability to keep perfectly still, Kraftwerk have made some of the most infectious music that you can listen to and totally feel like you’re immersed in what they are describing in their soundscape. Autobahn just sounds like being in a car on the motorway. Trans Europe Express sounds like being on a train. It’s amazing what they can do.

I’ve seen them do their 3D tour twice now. If they toured again I wouldn’t’ give it a second thought.

Phil Torpey is a 39 year old vinyl addict who now lives in Manchester. He started collecting records in 1986 and has now amassed a collection of around 8,000 and counting. A part time DJ and hi-fi enthusiast has seen most of his disposable income go on black boxes, or black discs. A lover of rock, pop, soul, disco, funk, freak beat, and reggae. A long suffering football fan who dutifully follows Everton. 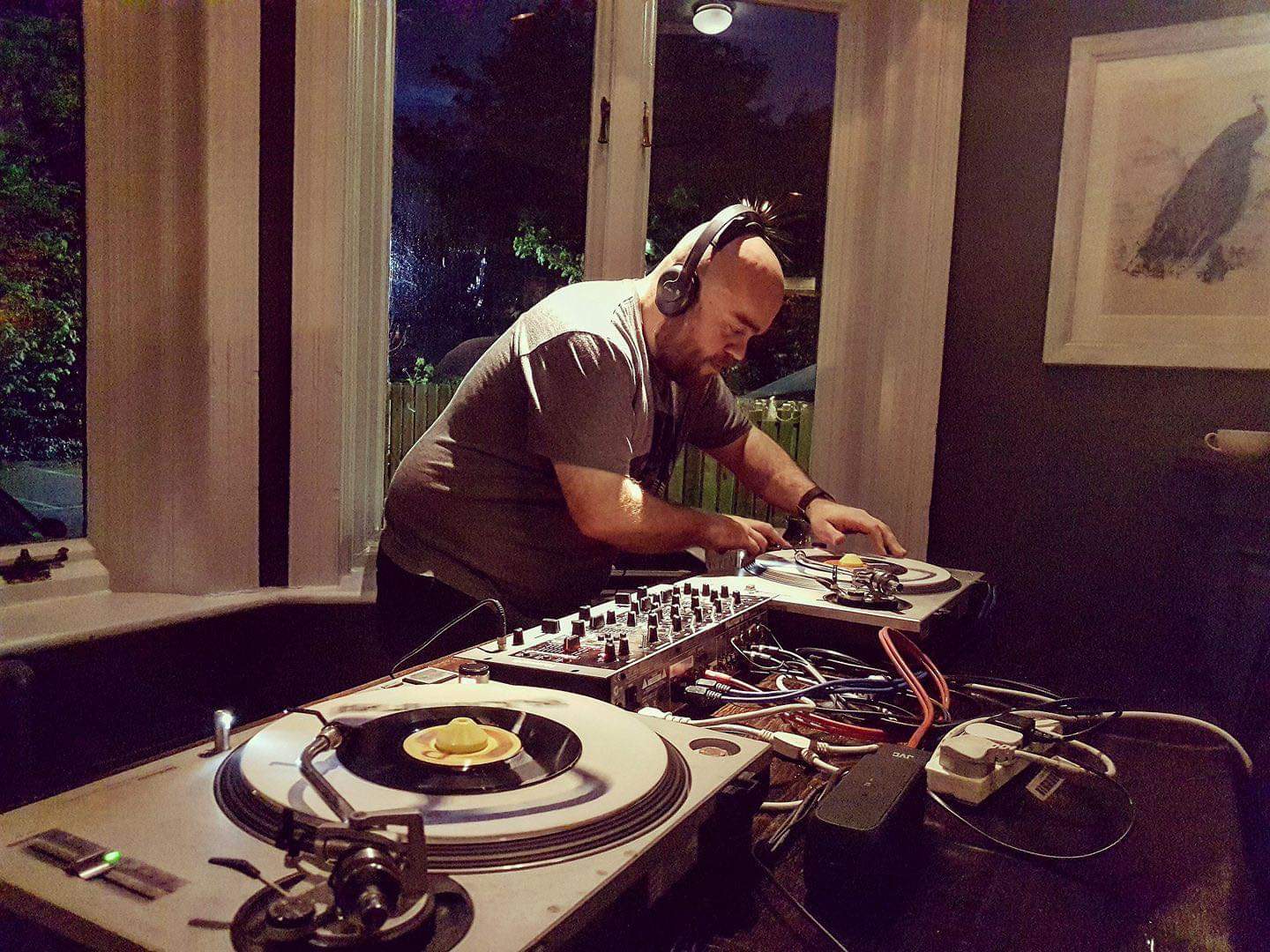