A classic soundtrack to 90s teenage angst. Tori knew what this was about way before Alanis came along (though I love her too). My friends and I listened to and sang songs from this album constantly when we were at school and I think I know all the words to all the songs still. One of those very talented friends now sings and plays in the band Misharlo and made my night when I went to see them in Manchester by giving me a shout out before covering Tori’s Silent all these Years. I was at the back of the venue, belting out the harmonies and feeling like we were back at school. It’s just as much fun singing it when you’re happy. 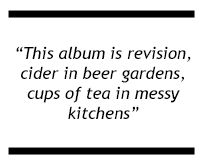 I was living in Paris when this came out and my friend sent me a cassette (!) recording she had made of her CD copy. A couple of friends and I went along to the Virgin Megastore on the Champs Elysées to see the band do a showcase. There was a small crowd of (I think ) English people and a few shoppers who stopped browsing to come and listen. We stood at the front and laughed very loudly at everything Chris Martin said in-between songs, trying to give out ‘we understand what you’re saying and are also very cool so we should all be friends’ vibes. We didn’t end up hanging out with them after the show (needless to say) but, as their music became inescapable the next year back at uni when we were preparing for finals, I took every opportunity to refer back to them: ‘oh those guys? Yeah, we saw them in Paris…’. I feel like they are my mates now. I’m that kind of person. This album is revision, cider in beer gardens, cups of tea in messy kitchens and hours travelling up and down to hill to campus and back on the orange buses. It felt like a fitting end to university when we all went to Glastonbury and Coldplay were headlining on the Saturday night. Arms around each other’s shoulders, bathed in the yellow light singing ‘look how they shine foooooor you’.

I heard about this album before I heard it. Beyoncé has dropped a surprise video album on MTV and it was all about how Jay-Z had cheated on her. What. Is. THIS?

With this album, she proved (again) her unrivalled talent, creative control, and fearlessness when it comes to writing her own rules. The emotion is raw, but she still sounds powerful and assured. Belting out ‘You ain’t married to no average bitch boy…If you try this shit again, you gon lose your wife’ to the beat of Jack White on drums is one way to set him straight. But this album is about more that a spurned wife asserting her worth. Sorry is an anthem for women everywhere conditioned into apologising – listen up young girls. Formation has a life of its own as ‘a revolutionary work of back feminism’ (Miriam Bale, Billboard). Then, at the end of the break-up story, we get All Night – forgiveness, reconciliation. Beyoncé is a performer who can move me to tears simply through being in awe of her talent and her integrity. This album is TRUTH in 12 absolute bangers. 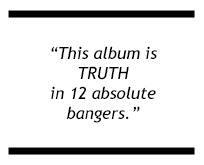 I was a teenager Up North in the 90s. Do I have to write any more about this? At the time, this album got me through my GCSEs. It made my sister laugh to hear me singing all the lyrics in an exaggerated Manc accent ‘an I neeeeed moooooore tiiiiiiiiiiyme….’.

Since the MEN bombing, Don’t Look Back in Anger has taken on a new life as an anthem of unity and resilience. Spontaneous choruses could be heard at vigil sites and public events in the aftermath. After the horror of the day, the emotion of the vigil outside the town hall, it was poetry and music which gave everyone a way through. Tony Walsh’s This is the Place and Oasis’ Don’t Look Back in Anger have earned their place in the history of the city and its people.

Another great Manchester album. It’s made the list though because my fella loves it and plays it all the time so it reminds me of him. I got us tickets to see Elbow in concert at the Apollo. At one point I turned around to see what looked to me like a few thousand middle-aged, mostly-bearded men with pints in their hands, their voices soaring to Guy Garvey’s poetry. Beautiful. 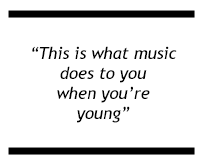 I don’t care what the purists say, this is the best Radiohead album. At the risk of sounding like Joey from ‘Friends’: track one – brilliant, track two – brilliant, track three – brilliant! etc They are exceptionally good at the openings, aren’t they? A couple of seconds in, you’re just thinking ‘yessss’. High and Dry is one of those classics. I spent some time in Russia when I was a student and one day was walking through a metro station in Petersburg with two of my friends when this song started to be played loudly from one of the CD shops. We must have been feeling pretty homesick (and not in much of a hurry) because we all stopped in our tracks without a word when the music reached us and we stood still just listening right until the end. This is what music does to you when you’re young and going through a bit of an emo phase.

Love her voice. Love her jazzy style. Love the irreverent lyrics. This album had me singing inappropriate words all over the school as a trainee teacher. She was unique. No one (that I know) had written with the tongue-in-cheek simplicity of F**k Me Pumps, and the heartwrenching pissed-off resignation of What is it about Men?. Her sweet voice singing I Heard Love is Blind as a slinky love song when really it’s a frank hilarious, unapologetic explanation of cheating ‘…but I couldn’t tell, it was dark and I was lying down…’ made me laugh out loud. The originality, style and spark drew me to the album, but the quality of the songs makes it a lasting favourite.

Am I allowed ‘greatest hits’ albums? Bloody hope so. Everyone (who’s lucky) has an album or song that reminds them of family holidays as a child and this is mine. We’d go in the car to North Wales, there would have been about 6 of us I think at the time I’m thinking of. (How did we fit in the one car?). Billy Joel was one of the two albums (the other was Dire Straights Brothers in Arms) we would all agree on, even mum. I remember sitting in the back of the car (always in the MIDDLE) having just eaten fish and chips from the papers and using the coke can and plastic fork as a drum as we sang along to Only the Good Die Young. Banger. And, as a Catholic family, it felt a bit cheeky and rebellious to me too: You got a nice white dress and a party on your confirmation/You got a brand new soul/Mmm, and a cross of gold/But Virginia they didn't give you quite enough information/You didn't count on me/When you were counting on your rosary(Oh woah woah). I have that and the following songs on this album to thank for my accomplishments (considerable) in seat-restricted shoulder-dancing: Tell Her About It, It’s Still Rock and Roll to Me, Uptown Girl, You’re Only Human. Also, it takes a sophisticated 7-8 year old I think to learn the words to and appreciate ‘New York State of Mind’, ‘Piano Man’, ‘Scenes from an Italian Restaurant’ (future SATC-fan, the signs were there). The whole family singing- the ‘woah-oh-oh-ooooa…’ bits in The Night is Still Young took all the romance out of it, especially as we’d fast-forward it after that bit. Sorry Billy.

Helen Jordan is 39 and lives in Newbury, a displaced Mancunian, thanks to her man, Toby. She teaches English and heads a 6 th form in Reading. 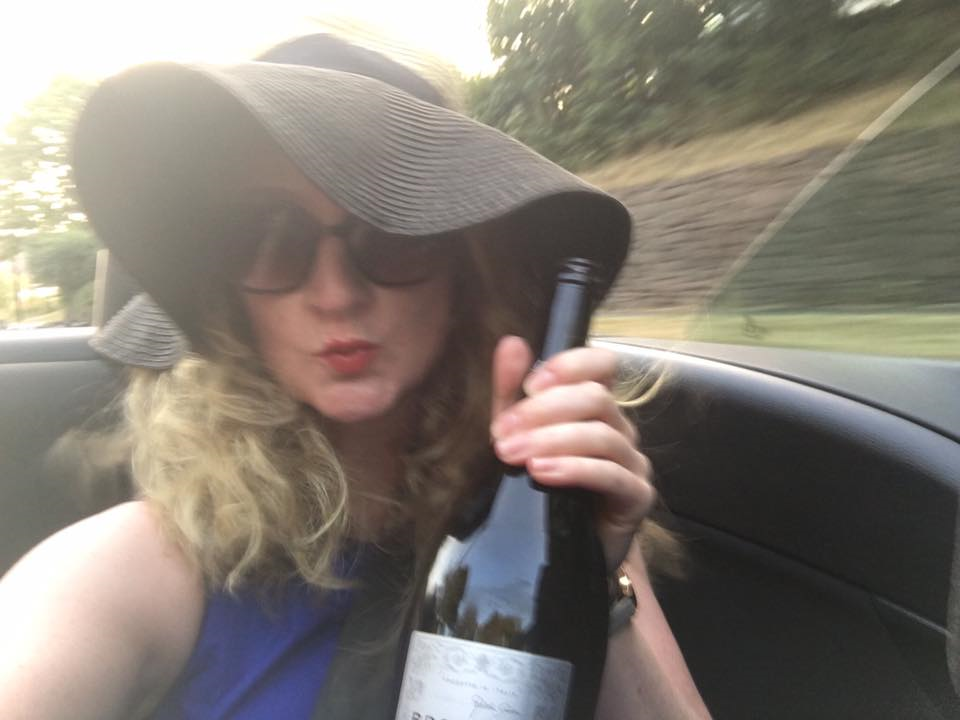