Longpigs – The Sun is Often Out

I feel lucky to have been around to see, and the right age to experience, Britpop in all its glory (I was 16 in 1994). Those few short years in the ‘90s when British music seemed to rule the world. As much as I loved the main players, Oasis, Blur, Suede, Pulp, for me it was the fringe bands, Cast, Sleeper and Gene who I found myself more intrigued by and, of those fringe bands, there was one in particular, and that was the Longpigs.

This album is astonishing and offered so much more (at least to me) than any band at the time. It’s ragged but it’s beautiful. It’s pop and it’s rock. Crispin Hunt was an amazing vocalist and Richard Hawley (who went on to have a successful solo career) gave them their sound with his brilliant guitar work. But above all, in She Said and On and On, it contains some of the best songs of the decade. If you’ve not heard it, then go have a listen. I guarantee you won’t be disappointed. 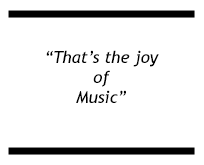 Counting Crows – August and Everything After

I went through a phase in the early ‘90s (along with my Britpop obsession) of discovering some really great American bands. It was hard at the time, what with Grunge being everywhere (a genre I never really got on board with) to find those bands who were doing something a little different but, in doing so, I found Counting Crows.

Most people would know them from their one and only real hit, Mr Jones (which appears on this album) and on buying it one Saturday morning from Our Price, I didn’t hold out much hope that it would be much good. But then, that’s the joy of music. The unexpected albums and bands you take a chance on, off the back of one great single, can sometimes be the ones that stay with you a lifetime. And this album is a great example of that. It’s rock, it’s country, and in places it’s achingly beautiful. There’s elements of The Band and ‘70s era Springsteen, and, in Adam Duritz, they have, for me, one of the best vocalist/lyricists of the last 30 years.

Of all my choices, this one probably means the most. I felt, aged 15, when everyone else seemed to be following the trend of chart music or Nirvana or Oasis (not that I have an issue with any of them) that this band and this album was personal. It was mine and mine alone. That those eleven wonderfully crafted songs were written solely for me. I just can’t believe that it’s been 28 years since it came out!

OK, hands up, who remembers Gun? Anyone? No? You may remember they had a minor hit with a cover of Word Up back in the mid ‘90s. Still no? Well, I’m not really surprised. But, like Counting Crows (and a bucket load more, if I’m honest) this album was another purchase off the back of one song. And, not only is it a fantastic album, I’d say one of the best British rock albums of all time (No, really! I’m being deadly serious!) It’s easily in my top five albums of all time. It’s heavy. It’s got attitude and I fucking adore it. Just a shame they changed direction (and band members) after this album.

Pink Floyd – Dark Side of the Moon

I don't know what else I can say about this album that hasn’t been said a million times before. It’s perfect. Every song. Every note. Every vocal and guitar line. 100% perfect. They were the perfect band. First listening as a 14-year-old (again on a cassette that I quickly wore out) I was mesmerised, and have been ever since. In my view, no album has ever come close to matching its majesty. 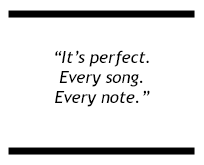 As a wannabe guitar hero in my early teens, this album blew my tiny mind! It’s a record that I struggle to sum up, other than to say it’s phenomenal. On the surface, it’s simple and quite bleak. Clean guitars, bass, drums and vocals. But, swimming beneath the surface, it’s packed with experimentation and improvisation. There’s influences of jazz and prog. And the twin guitar attack of Tom Verlaine and Richard Lloyd is just sensational. It’s the epitome of less is more but, at the same time, in places, it sounds virtuosic (if that makes sense?!) It’s the perfect guitar record and the sound of a band at the absolute peak of their powers. I’ve been listening to it a lot over the past few days, and it still sounds fresh and exciting and makes me want to pick up my guitar and play along (not that I can, I’m OK, but not that good!) On top of that, it never fails to amaze me how Tom Verlaine is rarely, if ever mentioned in any ‘best of’ guitarist polls. He was a genius!

I bought this album on the strength of the cover. Really, I did! Tell me I’m not the only person who has done that? I bought so much music in the ‘90s, I’m sure quite a lot was bought without knowing much about the artist. Before that day in 1998 in Our Price, I had no idea who Grant Lee Buffalo were. I just wanted to spend some money, and I’m so glad I did, because it’s a wonderful record. It’s got a great woozy classic Americana sound to it, mixed with punches of alternative rock. I always thought they deserved to be huge, they had so much going for them, but alas, they disappeared as quickly as they arrived. But as with all great music, it leaves a mark and remains one of the best, if not THE best album I bought without knowing anything about the band.

Is it trendy? Probably not. Do I care? Absolutely fucking not! Because it’s a banging great guitar pop record. I remember first hearing their debut single, Hold My Hand, on TOTP2 one Saturday evening and loving it, and (as was the norm back then) having to wait months for the album to be released, then having to go to a shop, in this case Tower Records in London, to buy it.

To this day, I’m not sure I’ve been quite so excited by the release of an album. It was like waiting for Christmas! No singles. No YouTube. No music streaming. HOW DID WE COPE?! Of course, with that anticipation comes the dreaded feeling that it’ll be disappointing, and the train ride home after finally getting my hands on it, was agony. Thankfully, it more than lived up to the hype and it’s still an album I go back to regularly. 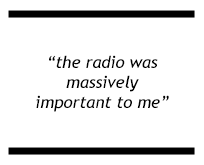 Growing up, the radio was massively important to me. It’d be on constantly, whether local radio (Invicta FM) or Radio 1, in the kitchen or upstairs while I was playing on my computer or reading. Listening from the back seat of my dad’s car when we went out. It was my introduction to so much of the music that means so much to me.

One Saturday evening, on Long Wave radio (is that still a thing?!) I found a weak signal of the American Top 40, and first heard this band. They bridged the gap between grunge (which, as I said previously, left me a little cold) and Alternative bands like Soul Asylum, who played it relatively heavy, but added great melodies (and didn’t take themselves quite so seriously) into the mix. It really is a stonking album (yes, I said ‘stonking’). It’s heavy. It’s punk-ish. But it’s also a great pop record with some really great hooks thrown into the mix. Most people would know them from their track Iris, from the film City of Angels, which is when they smoothed out their sound and, for me, lost a little of their edge, but this album really is a little gem and still excites me.

Matthew Clark Leach is 43 and lives in Gillingham in the south east of England. When he’s not working at a local college, he’s writing stories and interviewing authors on his blog, The Roving Eye. https://leachjuice78.wixsite.com/therovingeye 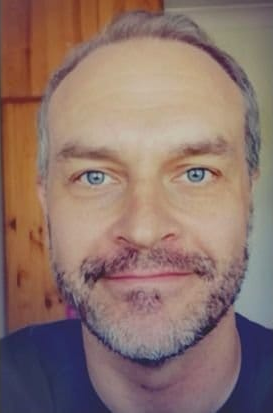