This was the first album I ever bought with my own (pocket) money, it eventually got chewed up in my Dad’s cassette player. He was not happy. Or maybe secretly he was, as I didn’t listen to this album after that. That’s all I need to say about that album, because quite frankly, it’s crap! It did however, spark the idea of Eight Albums, and the rest is history...

Pink Floyd – Dark Side of The Moon


Now, onto the proper music…

Dark Side has special meaning to me. It’s the shared love my Dad and I have for it which makes it so special. It was first introduced to me when I was probably 13 or 14. My first thought, like many teenagers when their parents introduce them to music, was, “What is this shite?!” Fast forward four years, (breaking away from the shackles of what everyone else was listening too), I finally realised why this album was so special. From the front cover, to Dave Gilmour’s legendary riffs, for me it has everything in an album. I still get goosebumps listening to Time & The Great Gig in The Sky.

One of the big music debates is The Beatles or Pink Floyd debate, one co-founder of Eight Albums Steven and I have had on many occasions. For me it will always be Pink Floyd.


This album made me realise you can actually get enjoyment out of something dark and depressive. I was hooked from the first rumble of Peter Hook’s bassline on Disorder. It led me onto listening to music by New Order, The Smiths and Charlatans. Out of all the bands I’ve never actually seen live, Joy Division are the ones I’d like to have seen most. The closest I’ve been was seeing New Order at Heaton Park earlier this year, I don’t know if it was because they were so good live, or it was that moment in time (my first gig back after lockdown), but they absolutely blew me away.


When Oasis first broke onto the music scene, I was too young to appreciate how good they actually were (at that time of my life I was more interested in Spice Girls than Oasis, you’d never catch Liam or Noel in a short Union Jack dress!). Fast forward 10 years, and this album was on constant repeat for me as an 18-year-old, and into my early 20s. At that time of my life, Noel and Liam were the epitome of Cool as Fuck! I still to this day have a love for Parka’s, although I don’t wear them quite as well as Liam.


Faithless were probably the first band I became obsessed with, to the point I dedicated one of my college modules to them.

Another album I was introduced to by my Dad. I remember the moment vividly. It was a Saturday afternoon, and he had just picked me up from my shift as a pot washer. This album was playing in the car, more importantly Insomnia was playing. At the time I was massively into my Dance music, and knew this song from the many MOS compilations I had bought with my hard-earned cash. Being a moody teenager, I asked my Dad, “What are you listening to this for?” Imagine my surprise when his response was “I like it…”. I went on to listen to all of their albums, and to this day, they are still the band I’ve seen live the most. One of my favourite music memories was seeing Maxi Jazz and Sister Bliss performing Salva Mea at V Festival while the sun was setting with my (now) wife Rachel, absolutely amazing!


This album came out when I was working my first job as a part-time pot washer, and it soundtracked my mid to late teens. I always remember music being a massive part of the culture when I was working weekend shifts. This was the album I brought in to impress the Chefs. At first they dismissed it as “that Garage crap”, but after a few weeks, it was a massive part of their soundtrack in the kitchen, and as a teenager I finally felt I had been accepted.

Acrtic Monekeys - What Ever People Say I Am, That's What I'm Not

It was at this time of my life I had started dating Rachel. Her Dad and Auntie are massively into music, and me wanting to impress them when they asked me what music I was into, said Indie (which wasn’t a complete lie, but my idea of Indie bands at the time, weren’t exactly a cool choice) to which their reply was oh yeah, what bands do you listen to? At this point, I had just discovered Arctic Monkeys, but for some unknown reason, I said Coldplay. I’ve never lived that one down. From that point on I became obsessed with their debut album “Whatever people say…”.

There was nothing like this album at the time, it inspired a generation to pick up a guitar and start writing songs. Music would be far worse without Alex Turner and Arctic Monkey’s debut album. You have to commend the way Alex Turner has created a completely different persona, similar to the way Bowie created Ziggy Stardust, but personally I still prefer the lad from Sheffield who wrote one of the best ever debut album in his bedroom. I bet his mum does too.


This is another one of those albums which my Dad and I have a shared love for. This time though it was me who made the introduction. This was their second album, and the one which really started to get them recognition. We followed them from the early days of playing Night & Day. I’ve never felt more proud of a band than when Slow Readers announced, in front of a sold out Apollo, that they were leaving their day jobs to become full time musicians.

An honorary mention must go to the countless number of MOS, Trance & Garage Nation compilation albums I have in the loft, those were the albums that started my obsession with music, something I couldn’t live without!


Matt Johnston is the co-founder of Eight Albums.

He also does gig photography and has photographed the likes of Jake Bugg, Tim Burgess and Johnny Marr. Details can be found at: www.mattjohnstonphotography.co.uk

He lives in Manchester with his wife and son. 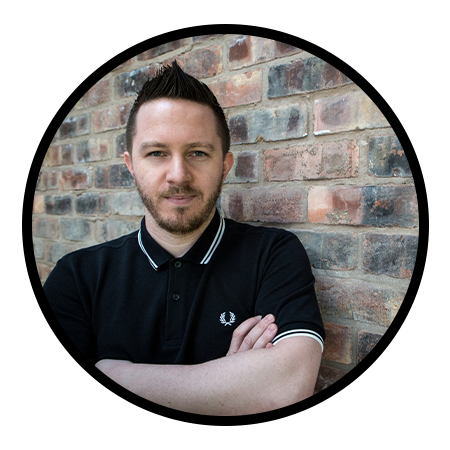