I had this album on cassette, I don’t know if it was mine or if it belonged to my parents but I listened to it so much I’m surprised it didn’t wear out. It was released in 1993 so I reckon I was 11 when I discovered it. At that time it was a genuine possibility to me that I might be an international superstar and singing along to this was all the practice I needed for my big break. In hindsight I now sympathise with my parents, my sister and the neighbours as I’m sure I sounded like a strangled cat. No one can out wharble Mariah.

Not everyone’s go to Jackson album but for me this is the first album where I really got MJ. Personal life controversies aside, he is an unmistakeable genius. I don’t think any other individual has been as influential in music. I saw him live in Sheffield in 1998 (skived out of school!) and it was truly brilliant. I’m glad I got to go as there would have been limited opportunity after then. Stand out track has to be Remember the Time if only for the video! 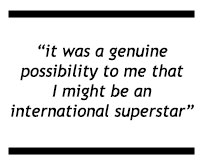 Whilst it was tempting to choose eight of John Mayer’s albums for this list I guessed that was not really in the spirit of Eight Albums. When I was at university, a friend’s brother gave me a CD which he had burned some John Mayer and Jason Mraz on to. Cue life-long obsession with John Mayer. If I’m not sure what I want to listen to I can always turn to a John Mayer album. I like how his style has really changed over the years but this album stands out particularly as it tells such a beautiful story. I have danced round the kitchen with my kids to Wildfire (‘a little bit of summer’s what the whole year’s all about’) and my heart breaks when I hear Dear Marie (‘I’ve got my dream but you’ve got family’). I am so excited that I get to see him live this year, after the tour was cancelled the last time I had tickets. I suspect I will still be turning to John Mayer to soundtrack my life when I’m 90.

Counting Crows - August and Everything After

This is another album I have listened to since I was about 12. I inherited this musical taste from a group of friends who were much cooler than me and knew about this kind of music. Without them I’d have been listening exclusively to 3T and Spice Girls. This album still sounds brand new to me, I think it could have been recorded yesterday. It never gets old. I could have chosen nearly any of their albums but this is the album that brought me to Counting Crows and I am pleased I have been able to share this with my husband. We love to play Mr Jones loud in the car and compete for who knows the lyrics better (me, obvs). I could have chosen Mr Jones as the stand out track but Round Here is so haunting and beautiful, and played live was spectacular, it has to take first place. 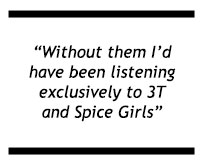 I am a big soundtrack fan and so there had to be at least one on here (could easily have been Dirty Dancing or Lock Stock) and this has to be my favourite. I loved this film, I was obsessed with Claire Danes from her days as Angela in My So Called Life so to see her play this more grown up role and to see Shakespeare brought to life in such a cool way was very appealing at 13. This album is an emotional one as you can’t help but replay the film as you listen and the collection is really eclectic. There aren’t many compilations where you have Garbage rubbing shoulders with Des’ree.

I love dance music but not enough that I know anything about individual DJs. This album has been the soundtrack to nearly every night out I have had since 1997. It came with me to university and on the odd occasion I get to put my glad rags on now I’ll dust it off and play it loudly. 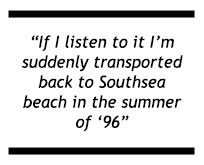 Another compilation and another arm of my diverse music collection. I got this album for my 13th birthday. It’s the 1996 equivalent of an indie Spotify playlist. This album introduced me to bands I might not otherwise have discovered and possibly because of the time I discovered this, these tracks still stand out to me as indie classics. This album to me was like a beginners guide to indie (Oasis, Don’t look back in anger, Blur Stereotypes, Pulp Sorted for E’s and Whiz). If I listen to it I’m suddenly transported back to Southsea beach in the summer of ’96 when we were 13 but thought we were 21!

Hootie and the Blowfish - Musical Chairs

I saved for weeks and bought this album for £15 from the imported section of HMV in Portsmouth. I would only have been 11 or 12 and I had fallen in love with one song, Only Lonely which used to play on MTV. Back then I couldn’t have listened to the other tracks so it was a gamble to spend my hard saved pocket money. I fell in love instantly, no one I knew listened to this music (and still I am the only person I know who says they’re a Hootie fan!) and I felt grown up for having this in my, at the time, very limited music collection. This was the start of an expensive hobby as the albums were only available in the pricey imported section but I collected them all and still listen to them now.

Gemma is 36 and lives in South Manchester with her husband and two sons. She enjoys baking, cycling and collecting dresses. 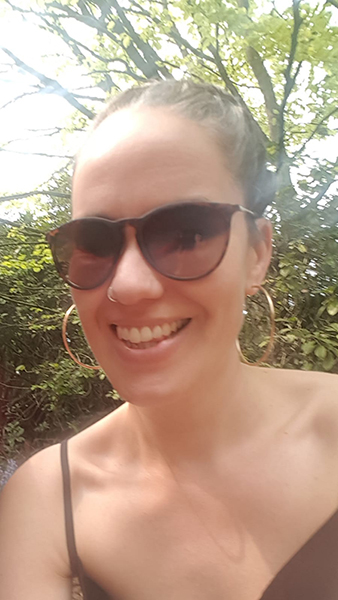