Have Del Amitri always been somewhat disregarded or overlooked? Justin Currie, a superb songwriter, is brilliant at capturing the eternal hope, repeated disappointment and ultimate cynicism that comes with/of love. His Twitter feed is deliciously dark and exceptionally clever. See his live tweets on Eurovision, or his Lockdown ‘I-s-o-l-a-t-i-o-n’ album reviews. Before leaving my hometown for University in 1994 I chased and chased a girl I was obsessed with until she capitulated. We went out for a few glorious weeks and then I had to leave. In my first, somewhat disengaged semester, I spent a lot of time driving up and down the country in my battered Mini Metro visiting her and writing forlorn letters of longing. I remember listening to Change Everything a lot on those journeys, particularly Be My Downfall, The First Rule of Love and this, the closing song (oddly optimistic for Currie), until I returned home at Christmas for our inevitable break-up.

Change Everything might be described as a cynical album with a slice of hope at the end whereas this playlist begins with hope and ends, I’m afraid, with cynicism.

I was a big fan of the band in the late 80s and early 90s and went to see them several times. I lost track of them a bit after Seamonsters (it’s funny how that happens) and rediscovered them when this album came out in 2005. I recall listening to the opening ten minutes (On Ramp/Interstate 5) and being instantly reconnected, like meeting an old friend you immediately click with as if no time has passed. I go to the At the Edge of the Sea festival David Gedge curates every August. He’s such a lovely bloke, a great lyricist/storyteller and entertainer. He’s a true independent artist too. So inspiring. He demonstrates how things can be done with creative ideas and energy, which he must have in spades. ATEOTS makes for a wonderful annual pilgrimage. Camraderie. Revellry. The same old faces with a few fresh (younger) faces dotted about each time. Like a family reunion. 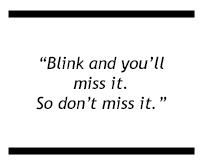 This is a bit of a classic really, 80s Indie Pop/Rock at its finest. I chose it to represent that era, though I might have picked The Brilliant Corners or The Blue Aeroplanes or a dozen others. I had a bit of a crush on Wendy Morgan in my formative years. Of course I did. I met her when she performed at a gig in Brighton a few years ago and took the opportunity to thank her for this brilliant album and the follow-up, Snog. Eugenie is melodious, fast and frantic. Just 33 minutes long. Blink and you’ll miss it. So don’t miss it.

Playing this album always evokes memories of driving through London in the early noughties, memories of visiting my brother in Battersea. Then off to gigs. Off to see Tom McRae, Thea Gilmour, Kathleen Edwards, Jay Farrar and lots of Americana at places like The Borderline (sadly lost) and Dingwalls.

I regret not moving to London in my late twenties but am making up for it now by visiting every couple of weeks.

This is the album to listen to on a summer evening when driving through the capital. Kitt is great at capturing the repetitive beat (I’m sure there’s a more technical term) I love to write to. I love sprawling, repetitive songs. Kate Bush does it on Aerial. The War on Drugs do it too. The repetition taps into the creative rhythm somehow. It’s there when I’m writing but it’s not there. I sort of drift away. So much of writing is about rhythm. It’s something I think new writers should think about a lot. The rhythm of your words on the page. The rhythm of the language you are setting down.

Ian Brown has attitude. I admire artists with attitude, artists with something to say, artists that rub against the grain. This album set the tone for FAN and I listened to it on repeat during the creation of the novel. Stellify is a strut. FAN is also, at times, a strut. So, you get Stellify for the strut and the melancholy comes from Always Remember Me:

In all sorts of ways, that was Hillsborough, 15/4/89, the subject material of FAN. 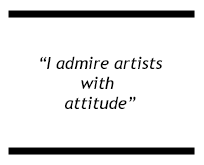 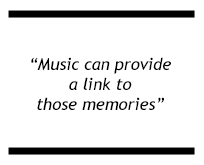 This album was released two weeks after Hillsborough. When I toured FAN around bookshops and festivals in 2014-15 I created a black & white slideshow of images of 80s football and 80s society. I played it as people entered the venue. It set the mood. Disintegration is a darkly melancholic album. It was the other album I played over and over when writing FAN. It tapped in to the deeply personal nostalgia I was feeling at the time, the sense of loss, almost bereavement that washed over me at times. I think psychologists refer to a thing called the Reminiscence Bump, in which we are able to recall more events from late adolescence and early adulthood than from any other stage of our lives. Music can provide a link to those memories and generate such an emotional response. It lights something up inside. Or dampens it. I get up on downers when I listen to music. I enjoy music that makes me sad. Numerous ex-girlfriends never really understood this.

I’m in awe of Paul Weller. How did he write lyrics like these when he was 21? How was he that socially aware? I knew nothing at 21. Nothing at all. I read somewhere that Setting Sons was going to be some sort of concept album but that the band lost interest. Nostalgia plays a part here. My new novel, KID is about growing up on a council estate in the 80s. It’s about kids jostling for position in an ever-fluctuating hierarchy only they truly understand. It’s about childhood when children had freedom to roam and meander towards adulthood in what was essentially an adult world. The songs on this album are working class stories full of scathing social realism. ‘It’s the system, hate the system’. And nothing has changed. And nothing will. I come from a manufacturing town destroyed by 80s industrial policy. Everybody there votes Tory. I grew up in Weller’s ‘drab and colourless place’. All I wanted to do was escape. Looking back, it was full of colour.

This final selection is more about the song than the album. I think The Promise almost made it to Darkness on the Edge of Town but Springsteen ultimately opted for Racing in the Street instead, for various reasons you can read about should you feel compelled.

I’ve been a Springsteen fan since first listening to him on an old cassette player buried under the covers in my bedroom when I was 15. He’s been my hero ever since. He captures the eternal energy and hope that exists inside ordinary people getting by in ordinary lives. Or just getting by. Or not getting by and fighting to get back from the place they lost themselves. And failing. And clinging on. And trying again. This song captures all of those themes, and ultimately the character is still defeated. It’s a tragedy. I plan to have it played at my funeral.

Danny Rhodes is the author of the novels Asboville (A Waterstones Paperback of theYear, 2006), Soldier Boy and FAN, recently listed in The Guardian’s ‘Top 10 Books about Football’. He lives in Canterbury, Kent where he teaches writing. 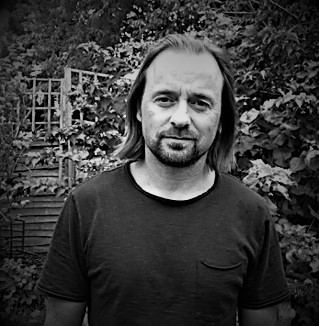