My parents are both music lovers. Their vast collection of vinyl LPs still form the bedrock of my musical tastes. I could have so easily filled all eight slots here with wonderful albums from my childhood. To this day I suffer somewhat from the “music has never been as great as it was in the ‘60s and ‘70s” syndrome. But here I’ll try and limit myself to just three, not necessarily my absolute favourites, but perhaps ones that are less “canon” and which I think might delight anyone already familiar with all the Beatles, Floyd and Zeppelin of that era.

As well as music fans, my parents were also die-hard lefties and every summer we would drive down through France to spend a couple of weeks with friends of theirs at their communist commune deep in the countryside. This album, more than anything, reminds me of driving endlessly down those long straight tree-lined French roads under a bright blue summer sky. Harmonium were a French-Canadian band of the early ‘70s and this is their most famous, and best, album. “The Five Seasons” with five tracks for each of the actual seasons plus a fifth imaginary season which one only experienced after inhaling enough impeccable French weed. It’s often described as progressive rock, and although it has some elements of that genre, it’s totally its own thing: very French, very hippie, quite folkie in places, and in large part without any drums to punctuate the lush soundscapes. It hardly matters if you don’t understand French. Serge Fiori, the lead singer’s character is so strong, it just shines through everything. Just let the wonderful melodies wash over you and marvel that this album isn’t far more popular.

“Jazz? You fear Jazz!”
I loved to draw as a child. I would sit for hours at the dining table, which was conveniently located right next to the Hi-Fi and draw sci-fi scenes while my imagination drifted across the solar system. My dream was to become an illustrator of sci-fi novels, or perhaps produce my own graphic novel. I would listen to music while drawing, only to be interrupted every 20 minutes or so to flip the LP or explore my parents’ collection for new gems. Extrapolation still reminds me of sitting at that table to this day. It’s got a timeless beatnik vibe that, like a switch, can flick you instantly into just the right relaxed but focused headspace.

It was John McLaughlin’s first album as a band leader and is very much of that mid-sixties bebop style. He later went on to be famous as the leader of the Mahavishnu Orchestra (that I also love), but this is the album of his that I go back to the most and is possibly my favourite jazz record. It’s loose and free, but anchored with some beautiful melodic lines played with great virtuosity. That four guys could just turn up in a studio - and you can really hear the room on this record - and improvise such wonderful music still blows my mind. 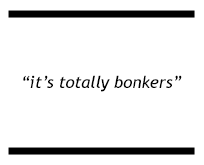 My best and oldest friend, Ratty, introduced me to this album. A fellow lover of ‘60s and ‘70s music and a talented guitarist. It was Ratty who encouraged me to learn bass and have the confidence to sing lead vocal, which I do in our band, Spidercat (blatant plug ™).

We would spend hours in his bedroom playing music, listening to music, and arguing about music. Todd Rundgren was a favourite of Ratty’s, but a taste I didn’t share at first. It took me a while to learn to love his music and this was the album that convinced me that TR was the genius Ratty claimed. It’s not an easy first listen. In fact, it’s totally bonkers. A mad collection of (mainly) short tracks, snippets of music, many only a minute long, but with such diverse textures and styles. The first side is especially experimental, but once you tune into it, it’s astonishingly creative. It ranges from pop to soul to music-hall to full blown psychedelica, all painstakingly assembled by Rundgren in his studio with the help of copious pharmaceutical assistance. He sings and plays most of the instruments and did all the production and engineering. This album is a huge inspiration to us to this day.

At art college, my friend Neil, when he found out I was a fan of prog rock, said that of course I would like the Cardiacs, but I sheepishly admitted I’d never heard of them. Being an ‘80s band they were a little too late for my parents, but a little too early for me. He played me their album, “A Little Man”, and I was an immediate convert. It is most definitely prog, but not like anything that the ‘70s produced. There’s nothing at all hippie or spacey about it, and if it’s a trip, it’s a bad one. Instead, we are invited into the claustrophobic paranoid school playground of Tim Smith’s insane imagination. It’s somewhat Pythonesque I suppose, but darker. The music is extraordinary, an intricate psychotic fairground ride with moments of sublime beauty suddenly arrived at, only for the roller coaster to turn again. Tim Smith, now sadly passed away, was recently given an honorary doctorate by the Glasgow University music school in recognition of his astonishing compositional creativity. This album is pure Marmite and 90% of people will hate it, but to me is a work genius.

Ratty and I lived in Japan for a few years. I was studying at Tatsuyuki Hashimoto’s Manga Institute, while Ratty was working as a software engineer for JAXA. We had our first moderate success as a band during that time and were almost big in Japan before it all came crashing down. It’s hard to appreciate how huge the Japanese music scene is from here in the west. It’s also incredibly diverse, from the girl and boy-band pop idols to some seriously sophisticated rock and jazz. It was during this time that I was first exposed to the world of math rock. It was taking off in Japan at the time and LITE were one of the leading bands of that scene. We were lucky enough to see LITE in concert a few times and were utterly blown away by their power and musicianship. They’ve remained a touchstone for us ever since and you can most definitely hear their influence in Spidercat’s music. This album is my favourite of theirs. The playing is stunning throughout and there are some great tunes as well. The production style is also a huge influence. It’s really clean but powerful; all the instruments are clearly audible with the drums and bass especially out front.

After leaving Japan, and a bit of an adventure, Ratty and I found ourselves back in England working on a farm in Sussex for our good friend, farmer and Spidercat’s drummer, Doggy Dunton. He pretty much saved our lives after they fell apart in Japan. I was at a pretty low point in life when some new friends dragged us to Brighton to see a band they were into called Syd Arthur. None of us had heard of the support band, Jouis, so we had zero expectations when a group of five young musicians appeared on stage. We were then treated to one of the best 30 minutes of jazzy progressive rock that I’ve seen on stage, made all the more magical by it being a complete surprise. Atmospheric, mystical, with lyrics on cosmic themes of space and time all sung in delicious harmony, with beautiful melodic lead guitar lines accompanied by a superb rhythm section. We were instant converts and their album, Dojo, became an almost constant presence on the farm during that first summer. To this day it conjures images of long shadows cast by rolls of hay under a blue sky with the Downs rising in the distance. Quite apt for a local Sussex band.

With Ratty and I having played in bands before and Dog being the excellent drummer that he is, it was a given that we’d clear a space in one of the barns and spend many a happy hour jamming. There was no intention at all at first to take it seriously - we’d been burned before by bands, and in any case we didn’t think the present music scene would welcome our emerging style of psychedelic/progressive rock. It was around that time that Ratty discovered The Lemon Twigs, a studio band by two very young brothers, astonishingly just 17 and 19 when this record was recorded. What delighted us was the way they found a wonderful new blend of various ‘60s and ‘70s elements to create something really delightful, quirky and new. The closest thing to our ears was Todd Rundgren’s AWATS album mentioned above. We love everything about Do Hollywood - the quirkiness and fun especially, but also the really inventive composition and the wonderful spacious and open production style. But more than anything it persuaded us that our music might be interesting to a wider audience than our sheep and cows and to start attempting to learn how to record and produce our own music and release it to the world.

As well as the Lemon Twigs, two other bands were hugely influential in persuading us that there was a thirst out there for a modern take on psychedelic rock. Both are Australian: Tame Impala and King Gizzard And The Lizard Wizard. Tame Impala have now transcended genre and become a global giant, so I’ve chosen the more niche King Gizzard to represent the Australians here. It’s hard to choose a single one of their albums, partly because there are so very many, but also because so many are excellent and so hugely varied in style. Flying Microtonal Banana is one of my favourites though. It was the first album released during their 2017 “year of five albums” and is an ambitious experiment with microtonal instruments which gives it a rather exotic eastern feel. It’s still very much psych-rock though. One can imagine a mescaline fueled shamanistic ritual deep in the outback acted out to the opening track Rattlesnake. One wishes that it went on twice as long as it does; it ends just as one is getting properly tuned into the relentless groove. Of course, I’d never condone taking drugs, but this album is superb when one is properly and righteously mushed. 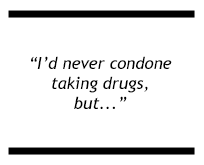 Badger Brewington is lead vocalist and bass player with Sussex (UK) psychedelic rock band Spidercat. Follow Spidercat on Twitter at @spidercatB or checkout them out on Spotify here: 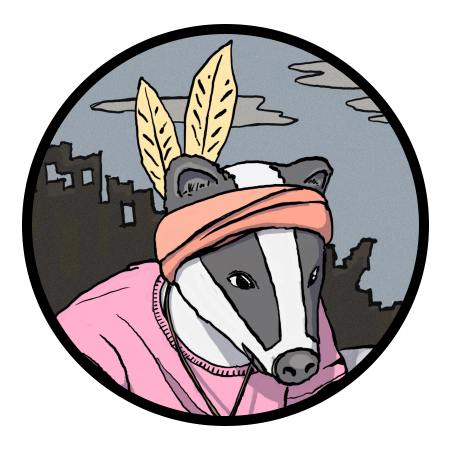