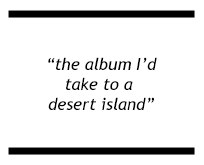 
This is the first album I have a clear memory of listening to. And I didn’t like it at the time. My dad kept a tape of it in his car, when I must have been about five or six. To my childish ears the opening song, Suzanne, went on forever and was primarily about Jesus (he’s only mentioned once, in the second verse). So, I mostly remember complaining about it. Ten years later I rediscovered it at the perfect age, just entering my moody teenage years. That’s when I heard the album properly for the first time. And it’s a masterpiece. Ten haunting and beautiful songs that are pure poetry. “We are so small between the stars, so large against the sky.” This would be the album I’d take to a desert island.

Ben Folds Five - Whatever and Ever Amen


Music became a big part of my life when I was about sixteen, starting with this album. Younger readers might not believe this but in the late nineties there was no way to access music on demand, so I bought this album without ever having heard a single song by Ben Folds Five, based purely on a review in a newspaper. It was the first time I’d done that and I don’t think I’ve done it since. Nowadays it would be unthinkable. But it worked out perfectly. An upbeat American rock band who played without any guitars, just piano, drums and bass, they used to refer to their style as “punk rock for sissies”. It’s a testament to the reviewer that it sounded exactly like I’d imagined it would. I loved the album on first listen and they soon became my favourite band. A few months later they became the first band I ever saw live. Then about six months after that they broke up. So it goes.


Being a Belle and Sebastian fan in the late nineties was like being part of a cult, back when they were referred to as Britain’s biggest unknown band and were putting out CDs on the small independent record label, Jeepster. They released three albums and four EPs in their first two years and each one of them eventually worked their way to me via a friend at school. If You’re Feeling Sinister, their second album, is probably their masterpiece. I had a copy on tape, recorded from a CD. The volume was painfully quiet but that suited the songs. It’s the perfect plaintive summer album.


Taking indie idiosyncrasy to its logical conclusion, the name of this album is obviously a joke but it’s also perfectly accurate. Released on three CDs it really did contain 69 songs, all of them about love and each one very different. There are duets, ballads, jokes, experiments, waltzes, weird noises, songs based around guitars, pianos, synthesizers, accordions and almost anything else you can think of. Most of them are infectiously catchy and the lyrics are extremely clever. It deserves a place in this list because there’s just no other album like it in ambition or scope. I dread to think how long it must have taken to write.


Somehow, I went from indie music to folk music and by the time I was at university, the latter was almost all I listened to. The contemporary folk singer Ani Difranco was my favourite. She spent the ‘90s releasing album after album on her own record label, evolving her sound with each one. By the time she released this album, her twelfth, in 2003 she had incorporated influences from jazz and funk. It may not be her all-time greatest album, but I think it’s the best of the ones that she’s released since I’ve been a fan.


Joni Mitchell is another artist I grew up listening to, but only via a greatest hits album. When I discovered streaming, I started to explore the rest of her back catalogue. Now she accounts for probably half of all the music I listen to. All nineteen of her studio albums are brilliant in different ways. She had a folk period, a jazz period, a difficult ‘80s period and a period in the ‘70s when she produced five masterpieces in a row, from Blue to Hejira. Of these the last is my favourite, due to its otherworldly instrumentation and enigmatic subject matter. Joni is also a bit of a hero of mine in how her work has been consistently poorly received by contemporary critics, only to be appreciated much later, but she’s just kept on going and has never doubted her own talents. 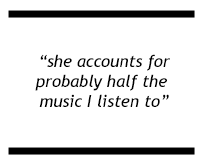 
Despite having listened to Joni Mitchell and Leonard Cohen since childhood, I discovered Bob Dylan relatively late. Most of the last albums I ever bought on CD were Bob Dylan albums. I must have acquired about ten or twelve before giving up on the format. So many of them were great that it’s hard to know which one to choose, but Street-Legal has a big energetic sound that for me sets it apart. For years I had the opening song as my alarm and must have heard it over a thousand times, but I still never got bored of it.


I’m not musical enough to find jazz anything but difficult. People talk about the harmonies on this album and I have no idea what they mean. But if I listen to music while writing then it has to be something instrumental, otherwise I find it too distracting. I’ve tried classical, I’ve tried nature sounds, but this is the album I return to most often. The melodies are sublime, the sound haunting and melancholy. The harmonies probably aren’t bad, either. I can tell it’s a masterpiece, but I couldn’t tell you why.

Alex Pavesi is a crime writer and author of the novel Eight Detectives. He currently lives in London, where he writes full time. He enjoys puzzles, long walks and recreational lock picking. Eight Detectives is his first book. His website is available here. 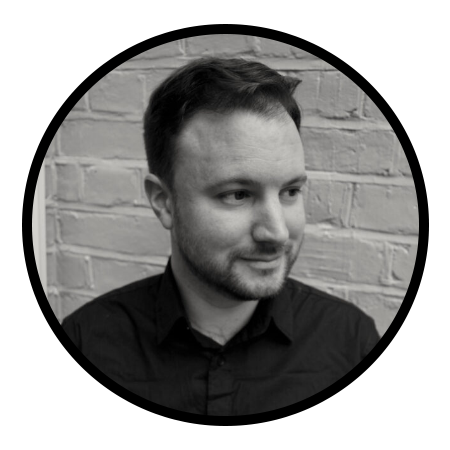