The third one, the quiet one. There is a general air of exhaustion and fatigue about it. The sound of a band running down. But what songs…

When I was wee, a big boy called Derek Phillips lived next door, and he let me borrow some of his records when I started to get interested in music. The first one I borrowed was the coke bottle compilation. To describe it as a game changer doesn’t even come close. From then on they were my favourite band. Still are.

If I am being picky it could do without The Murder Mystery but hey ho. The version of What Goes On is only bettered by the Live 69 version and that is saying something. Pale Blue Eyes is as perfect as a song gets and Jesus is as close to a hymn as a song by the band who wrote Sister Ray is ever going to be…


The fact it was almost called ‘Emotional Fascism’ just about says it all. It’s his masterpiece, I think. It’s certainly not Blood and Chocolate anyway. It’s the sound of an artist on fire, every song is so full it’s about to burst.

British Imperialism as a metaphor for emotional relationships is a brutal sell but it works. Goon Squad is the sound of a genuine fear of the far right rising and in 1979 it looked like it just might. ‘But you’ll never get to make a lampshade out of me’. It sails close to the edge but the wit and economy of language are always there. And if ‘just another mother’s boy gone to rotten’ isn’t the perfect description of every tawdry little right winger I don’t know what is.

The pretty tune of Chemical Class is in stark contrast to the lyrics. ‘Are you ready for the final solution?’ The record works so well because of these contrasts and oppositions. In 1979 he was pretty much putting every other artist to shame, the leap from the first album to this is astonishing.

Get Happy! came after this and was equally great and after that I started to lose interest. But the first four albums are still close to my heart.


I could have picked any of their albums really but this is my favourite. I remember listening to this on my Walkman at the bus stop in Elderslie waiting for the bus to University. I never understood the ‘Go-Betweens were a great pop band why didn’t they have hits’ idea. They always sounded to me like one of the strangest bands ever.

Weirdly this is probably their least loved album, I don’t know why. Maybe if you think they are a pop band it is too uncommercial. Maybe it is because they are Australian, or more specifically from Queensland that they always seemed a bit out of step with the rest of the music at the time. Their music always seemed very serious, like they had an agenda, which all good bands should, I think.

I was in Australia when Grant McLennan died. I don’t know if it was because I was there, but I found it very sad, more than the passing of someone I had never met should be. I guess that’s what happens when someone’s music means a lot to you.

U2 - The Unforgettable Fire


The world’s most unfashionable group weren’t always considered so. For a while they were the best band in the world. This was the beginning of their ‘Imperial Period’ – copyright Neil Tenant. The beginning of being unable to do anything wrong for a few years.

They abandoned the direct style of the previous albums and made a less certain, messier album. Bono sings incredibly well on this record. He rarely opens up into full roar and when he does it really works. Bad is a great example. And if you ever want to see a band becoming something more than they were, watch the performance of the song at Live Aid.

And on a personal level the video for The Unforgettable Fire was one of the first videos that made me realise how much great visuals could work with a song. I used to watch it over and over again, working out how the edits worked, why he cut away from Bono while he was singing, why half speed walking always looks evocative. This video and Wanted Dead or Alive by Bon Jovi taught me how a video edit should work. Strange to think but true. I then spent twenty years trying to make one as good as them. The edit of the string section of the song from about three minutes in teaches you all you ever need to know about video commissioning…

What I soon found out was the best records are the ones with Mick Taylor on them. Again, I’m never very interested in guitar virtuosity. Give me Poison Ivy over Jeff Beck but even I can’t help but notice how great he is.

I could have just as easily picked Exile On Main Street. A similarly great record with a similarly great sleeve but it doesn’t have Sway on it. ‘It’s just that demon life that’s got you in its sway’ It certainly had them anyway. Someone once said the difference between The Beatles and The Rolling Stones was The Rolling Stones had a fantastic entourage. Never a truer word spoken. Kenneth Anger, Truman Capote, Andy Warhol - the list goes on and on. They always seemed to be at the centre of things. Who wouldn’t have wanted to be in their demon life?

The playout of Sway floors me every time. Mick Taylor at his greatest. And if that wasn’t enough, you also get Brown Sugar, Moonlight Mile, Sister Morphine and Wild Horses on the album. Pretty good going. Not only did Sway inspire a great book by Zachary Lazar about Morocco and Keith and Kenneth Anger there is an amazing video for it on YouTube with Marianne Faithful.


Year Zero. Nothing was ever the same again, certainly not me. It’s hard to describe what a line in the sand this record was, there was a before it and an after it - the lines were drawn. What side were you on?

Got to be honest and say the ‘author’ of this record is at least as much Malcolm McLaren as it is the band. It wasn’t all him and it wasn’t all the band, it was the combination of the two. The ideas and the vehicle. Do people still listen to it as an album? I’m not sure, they were a singles band after all. The idea of a classic rock album is about as far from the intention as it’s possible to get. I’d leave that one to The Clash, that was always much more their bag.

Holidays in the Sun, considered a bit of an afterthought at the time, has aged really well. All the singles have. Anarchy in the UK is still a manifesto. God Save The Queen is still two fingers stuck up at the British Establishment and Pretty Vacant still sound like the best Stooges record they never made…

John Martyn – The Best of The Island Years


By all accounts not a very nice man but if you are willing to put that aside… I chose this as opposed to an individual album as it’s pretty much got everything you want on it. Some highlights. The version of Solid Air Live at Leeds. A different version of Bless The Weather. A version of Spencer The Rover, there’s a lot.

I suppose he fulfils the myth: young, good looking and incredibly talented, ends his life in a mess of bad decisions and bad drink and drugs. For once, and I normally never do this, it’s better to just listen to the music. And what music it is. The Golden Boy at the height of his powers.


Full disclosure. I was working for his manager when this record was being made. That doesn’t really mean much. I didn’t like loads of the records I worked on over the years. You don’t need to you, you just need to do your job.

Anyway, I don’t think there is a bad song on it. And I know this is an obvious thing to say when you are talking about Lloyd, but the lyrics are great. ‘This town is full of those cynical girls walking two steps behind forty-five-year- olds.’ ‘Keep the Cartier baby, I wouldn’t give you the time of day.’

Of all the albums here, this is probably the only one I listen to with any regularity. Maybe it’s nostalgia for an exciting time in my life, maybe it’s more about me than the record I don’t know. It’s also got Robert Quine on it playing guitar. And a good cover. What more could you ask for?


Alan Parks was born in Scotland and attended the University of Glasgow where he was awarded a M.A. in Moral Philosophy. He still lives and works in the city and has spent most of his working life in music. 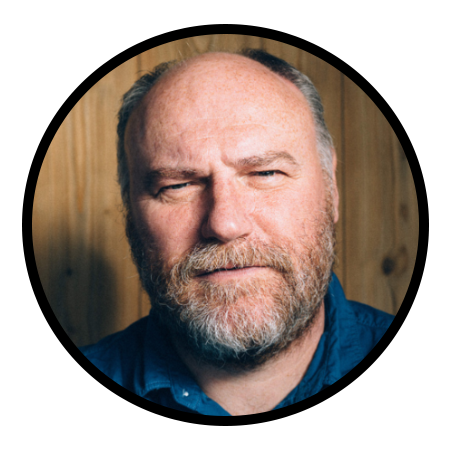