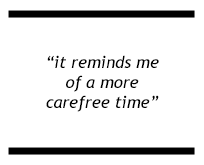 The Beatles - Please Please Me

Let’s start from the beginning. My father had a limited record collection, and nearly all cassettes, most of which were usually church worship style music. However, buried down were things like Buddy Holly, Wings and The Beatles. This was the first album I remember borrowing from my dad’s collection to take into my room and indulge myself with.

Even now I still return to The Beatles collection for something more upbeat when needed. I suppose it reminds me of a more carefree time.

This is the one that probably changed my life the most. Whilst indie or dance music were pretty much the focus for anyone my age due to what was being played to that age group on TV or the limited radio options at the time, I still hadn’t really found a musical taste.

I naturally enjoyed the big hits of the era, being unable to escape the likes of Eiffel 65’s classic, Blue or the likes of Blur and Oasis. But music still wasn’t really a core part of my life, until Hybrid Theory. I was obsessed with this album. I lived and breathed it. My first band merch was a fake Linkin Park hoodie from a nearby market that I begged my dad to buy for me, which was subsequently worn every single day until it literally fell apart.

This led to me making friends with people I wouldn’t have done before through the mutual love for the band and nu-metal genre. Some of which I am still good friends with today.

This album 100% changed the path of my musical and personal life. 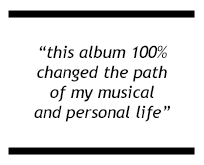 Like most people, teenage years can be tough and mine were no exception. Home life was difficult with a bipolar mother, and at that age you think the world is against you. I was later told that I had depression at an early age, and that I had been living it with for some time. I have always tried to explain to other non-KoRn fans just how much this band really did help me through all of that, but I think it’s always going to be one of those emotions that cannot be put into words. KoRn will always be my favourite band because of this.

I could very easily justify that every KoRn album helped/changed/saved me, but this one I think really stands out. Follow The Leader was probably the album that I listened to the most, but Issues was the one that probably spoke more to me. So much raw emotion from Jonathan Davis in this album, he got so much darkness out of his system onto this record, and I think I was going through so much similarity at the time. I really felt connected to this one.

Enter the punk phase of my youth/adulthood. I was becoming more aware of the world around me, and being the angry teenager I had become, I wanted to be involved in the anti-war, human rights, anti-animal testing protests that were popping up more regularly. And of course, you need to find a soundtrack to go along with that rebellion, right?

I have always questioned, did Anti-Flag push me towards attempting to be an activist, or did the wannabe activist in me push me to Anti-Flag? Either way I am grateful to have found them.

They were my first ever tattoo, and I went through a prolonged period where they were the only band I listened to. I have since been lucky enough to get to know them all personally, and I can honestly say what drove me to them as a fan initially, in terms of their anti-establishment and freedom for all ways, is exactly how they are as people away from the music. Which naturally makes me love them even more!

Whilst in my anti-establishment, protesting stage, Rage Against The Machine were an obvious band I would cross paths with. But more importantly the skills of Tom Morello.

I was also appreciating individual artists more like Jimi Hendrix, Eric Clapton and Chuck Berry, and I believe Tom Morello to be one of the greats when it comes to individual musicians.

His work that followed on Audioslave and his Nightwatchman project still continue to inspire the long-lost musician in me. But his recent solo work has absolutely blown me away. And really fitting that he did his own version of Voodoo Child, whilst being compared to a modern-day Hendrix!

I would strongly recommend anything Tom is involved in to any music fan. Also, it’s always nice to get in where I can that he once liked a hockey picture that I was in on Instagram. It’s not every day you get to make a claim like that!

Me and my friends played this album to death! And I still do over 15 years on. This marked the growing “emo” period that swept through my age group, that many say I never left (he says brushing his overgrown fringe out of his eyes).

I love this album; it brings back so many good memories and it’s also a theatrically brilliant piece of art. Throughout the MCR albums, the band spent a lot of time on creating theatre in their music. This one certainly gripped me and my friends and has stood the test of time for us.

Having such a wide taste in music I virtually never listen to one album or artist at once, I usually just set my library off on shuffle and leave it to it. So, I was trying to think of a band I almost never turn off when it comes on, and I think Brand New are one of those few bands.

This album is packed with songs that have so much variety that it’s hard to not adore so many aspects of it. A truly underrated band in my opinion. 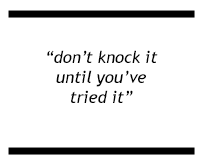 I can hear the heads shaking from here already. I used to class Nicki Minaj as a guilty pleasure, but to be honest I am just a huge fan of her work. Alongside my rockier music preferences, I also listen to a lot of rap. Generally, Jay-Z, Wu Tang Clan, Run The Jewels, Dr Dre and the likes thereof. However, Nicki came along with her really up beat tunes with a darker context lyrical undertone. And I loved it from the start.

In general, rap has a deeper more aggressive background to match the content of the lyrics, which I am also a keen fan of, but with Nicki’s mix of fast and clever lines twinned with a great tune in the background makes for great listening.

Don’t knock it until you’ve tried it.

Wez is 33, born in South Africa, living in Manchester with his soon to be wife, her two children, and his 7 year old son, Jonathan (yes, named after Jonathan Davis).

A strong passion for ice hockey has led him into running the Widnes Wild and Manchester Swarm, as well as attempting to play from time to time.

If Wez isn’t in a rink, being an avid music fan, he spends most of his free weekends travelling wherever necessary to catch his favourite bands.

Picking only eight albums was incredibly tough to sum up my musical variety. I listen to almost everything from classical, Elvis, Motown to dubstep and death metal. Even as I write this my Spotify has gone from Phil Collins and Barry White to A Day To Remember, Prodigy and Slipknot. So, I used this opportunity to revisit the albums that helped shape me musically, and as a person. 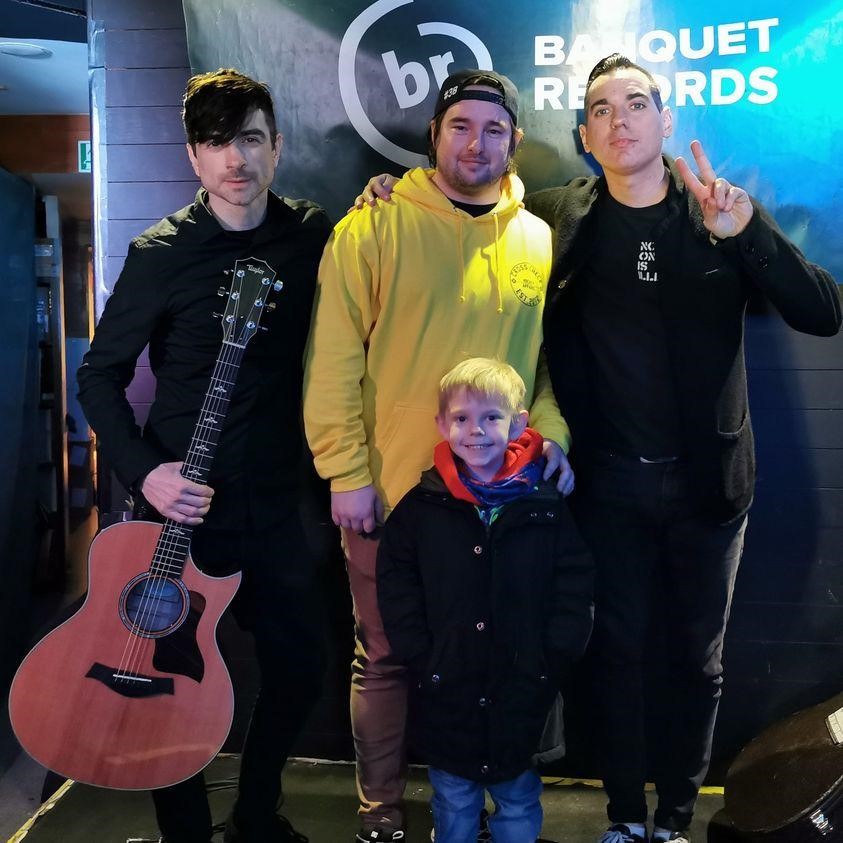