When I was asked to pick eight albums I trawled through my LP’s, my CD’s and my iTunes. I even rattled a few drawers of cassettes – and got nowhere. So I took a different approach and asked myself what albums would I name off the top of my head that rock my world. Not necessarily my favourites – just the ones which I would say to anyone to ‘go have a listen’. This is where I got to.

I bought Electricity by OMD deep in the basement of Fiesta Records on Renfield Street, Glasgow in late 1979 – and I was hooked. Early the next year I stood in the Glasgow College of Technology and looked on as Andy, Paul and a reel-to-reel tape machine called Winston change my musical choices for ever. The album is pure electric – all synths and drum machines. This is one to stand, feet together, wild arms, head down and move. From the speeded-up marching rhythm of Bunker Soldiers through a sublime track about a phone box (Red Frame White Light) to the weirdness of Dancing- this is what electronic music should be about: Simple, experimental and hypnotic. 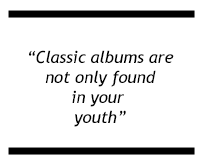 In 2010 I saw OMD at the Royal Concert Hall. I’m a big one for catching the support band – you just never know the moment you’ll find a new artist that’ll blow you away. And Villa Nah did just that. A Finish duo, Juho Paalosmaa and Tomi Hyyppä, shone, squeezed as they were behind two keyboards at the front of the stage. I bought their album there and then and now own everything that Juho has created (check out his other band Sin Cos Tan). This is refined electronic music. A wash of swirling notes, desperately catchy melodies and painful vocals; it contains my favourite single of the 2010’s (maybe longer) in Some Kind of Dream with a looped keyboard solo that I could dance to forever. This album also taught me a lesson. At my age don’t stop looking for new music. Classic albums are not only found in your youth.

Jeff Wayne - War of the Worlds

Probably the most played album I’ve ever owned (I’ve worn out a cassette version, a vinyl version and a CD version) All I need to tell you is that when Richard Burton utters his immortal opening lines - my wife will leave the room muttering something along the lines of, ‘How can you possibly listen to that again?’ I used to be, and still am, a sucker for concept albums. This is the king of them. There isn't a bad track on here. The audio theatre is superb from Phil Lynott as the deranged minister to David Essex as the unhinged soldier all set against a dystopian backdrop. The golden rule with this album is simple - start at the beginning and listen to every bump of every groove and don't stop until the Martians (plot spoiler) decide to try again.

Here’s a bit of advice for these stressed times; run a bath, kill the lights, submerge yourself and put the Julian Mendelsohn mix of Turn Back the Clock on repeat (it was on the bonus CD version). Sheer gold. Clark Datchler wrote this album and then vanished for twenty-seven years to remerge with the marvellous Magnetized. But in all those intervening years this album was, and still is, never far from my turntable/CD player/computer. This is old fashioned song writing. There’s a naivety to the love-torn lyrics and a catchiness to the music that’s addictive. It would be easy to dismiss this as background sounds for a cosy night in with your loved one. But if you sit back and listen you’ll find your lips moving and a sense of escapism wash over you. Sing-A-Long-A-Clark as they should say.

Before I explain why this Australian band has produced an album of golden dance tunes go and dig out Cold Water from their latest album, Freeze Melt – and discover the most glorious song of the last ten years. Now you’ve done that let’s get back to some dancing, Aussie style. This is an album that never stops, literally – each track is segued to the next. The influences in this album range far and wide, then back again. But I like to imagine that Cut Copy listened to what was going on in the 2000’s, jumped in the TARDIS and wrote the whole album in the late sixties. The result is a hands in the air, sing your heart out piece designed to work an audience of any age into a quiet frenzy.

What by who? Sometimes you discover music in the oddest places. I was speaking at a conference in the early nineties and on came ‘Rainsong’ as the walk-in music for the conference goers. Instead of checking over my speaker notes I made my way to the mixing desk and demanded to know what was playing. Although a fading footnote in music, Moodswings were the creation of a seriously talented duo and sought out help from the likes of Jeff Beck, Chrissie Hynde, Johnny Marr, and Linda Muriel – oh and Martin Luther King. This is a change-up, change-down album that tweaks your emotions. The driving centre of the album is the sublime Spiritual High; parts 1,2 and 3 (with a take on Jon and Vangelis’s State of Independence in part 2). The music has the esoteric feel of those relaxation tapes that were all the rage in the eighties but with a level of sophistication and production quality that will leave you feeling uplifted and euphoric.

Okay so here we have more Australian dance music, all be it the band is now based in the U.S. This is my second favourite ‘support band’ discovery – this time playing second fiddle to Cut Copy at the ABC in Glasgow seven or eight years ago. In the main hall there were fifteen of us in a space designed for 1300. Back then the band were just called Rufus (they discovered that there was another group called that and added Du Sol a few years later). I danced my socks off that night, bought tickets to their King Tut’s gig a few weeks later and wore out another pair of Marks and Spencer’s best cloth footwear. Tyrone Lindqvist’s desolate vocals are a shade above breaking into tears. The back beat isn't always hard and sometimes it’s as soft as a fluffy toy. This is no ‘out-there-and-rave’ work – this is a stylish way to move your feet and your soul. 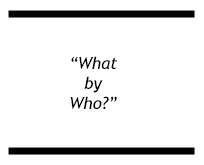 I don't do greatest hits albums. Not as a rule. I have a mate that does (‘it's more cost effective’ is his cry). Nick Bracegirdle, the man behind Chicane, deserves better than me copping out by picking his greatest hits, but I just can't choose one of his eight albums and settle on it. Okay, so this is another dance music album but I make no apologies for that. I once forgot myself and popped some serious moves to Stoned in Love at my local library; the Couper Institute (which is under the ridiculous threat of closure – please visit Twitter @CouperSave). This album is what I was born to listen to. Just put one foot next to the other and repeat. Or as I do, dance like you were back in the dining hall of Strathclyde University Union any Friday midnight in 1982. I just wish, back then when my stamina was somewhat better, that Chicane’s music had been around. I’d have danced all ‘till dawn (hang on…I did dance ‘till dawn).

Gordon Brown has eight crime and thriller books published to date, along with a novella and a number of short stories.

Under his new expat alias, Morgan Cry, Gordon’s latest crime thriller, ’Thirty-One Bones’, set in Spain, is published by Polygon. Available now in both the UK and the U.S. – the sequel, called ‘Six Wounds’, will be published in in May 2022.

In a former life Gordon delivered pizzas in Toronto, sold non-alcoholic beer in the Middle East, launched a creativity training business, floated a high-tech company on the London Stock Exchange, compered the main stage at a two-day music festival and was once booed by 49,000 people while on the pitch at a major football Cup Final. 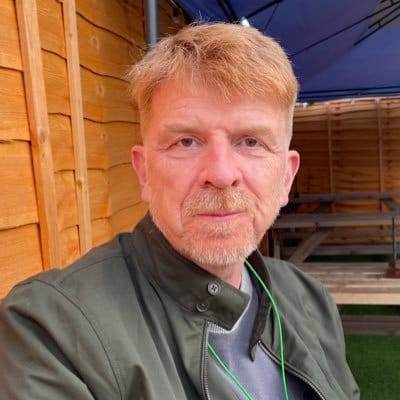