The Beautiful South are really important to me. I’ve seen them live over 40 times.

I`d always liked the Housemartins, and Paul Heaton’s way with lyrics, even though I was too young to fully understand the anti-establishment and political context, but when he formed The Beautiful South I was growing up and started to get his dark meanings. I knew Heaton was a drinker and portrayed his thoughts in the early South stuff. I remember walking 3 miles to our nearest Asda and buying this on cassette and listening to it on my sponge ear phoned Walkman (not even a Sony one!). This was one where I look back and think: “Wow… you were in a bad place pal”. I guess it was the first time I actually found meanings in a song’s words.

I remember going seeing this film with a girl I liked. I didn’t want to see it but had to give in to try and impress her. What a film! I proceeded to go and see it five more times with anyone who would come with me. I went twice on my own, so that showed the size of my friendship circle. I purchased this soundtrack from Woolworths and it was a constant in my Discman for a long time.

I discovered Barenaked Ladies when they support The Beautiful South. I had never heard of these guys and thought that they were just another two-bob support. Well, they were outstanding. So much energy and audience participation. I made the decision to go and see them when they toured on their own. I did and when I went to Chicago on my holidays, I bought all their back catalogue. Gordan was one of their early efforts… fun, quirky, just a feel-good album. 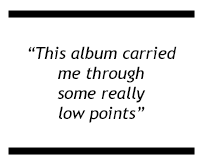 Matchbox Twenty – More Than You Think You Are

American Rock is definitely not my “thing”, but when I met (Eight Albums co-founder) Steven Kedie he insisted I give them a listen. For some reason they always seem to make me think back to specific (some non-interesting) points in my life, yet they seem to be my go-to selection when I need an escape.

This album carried me through some really low points of an ill-fated trip to Australia. I can still put a track to a particular moment while I was there. It’s on the Bucket list to see them live for sure.

Never heard of this guy until he supported The South at Sale Waterside. One man and about 7 instruments. He played them all using “loops/clicks” and other musical ways I have zero idea of their meanings. I was literally mesmerised. After the gig I went straight to the foyer to buy a CD and he was there. I didn’t know whether to shake his hand or lick his face. I got a signed CD instead and then went on to buy everything he`s done. He’s just one of this country’s underrated songwriters and his live shows are outstanding. 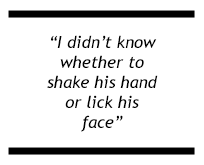 Paul Heaton/Jacqui Abbott – What Have We Become

The re-birth of Paul Heaton, back with his old female lead in The Beautiful South. A different Heaton: teetotal, married, and now softer lyrically. Plus, my mates were playing bass and drums in his new band. I felt obliged to listen. Heaton has had nearly 40 years in the business but is still up there with one of the more gifted writers we have produced. Along with Jacqui’s voice it is a warm and simplistic album.

I had a personal fall out with Heaton at a gig (long story, not to for here) so as a person he’s lost me as a fan. But I can’t argue with his talent. 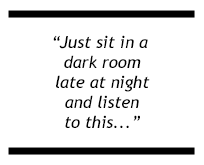 War Of The Worlds – Jeff Wayne’s Musical Version on Vinyl

So, I`m 6 years old and could only just recite my name and address but a couple who used to babysit for me used to have this album and used to play it when I was there. Just a lamp on in the room and no other sounds apart from the haunting voice of Richard Burton and the outstanding musical arrangement by Jeff Wayne. Even at that young age, mind blowing; like an audiobook but more! 42 years ago, but I can still remember sitting there (scared shitless probably) imagining the realism of it. Another on the bucket list to see live.

Just sit in a dark room late at night and listen to this…that is all.

Take That - Take That And Party

A guilty pleasure. We`ve all got one and this is mine. My attempt at justification is that they are local lads. Gary Barlow can write a decent track (people won’t admit it but, deep down, they know). Live they were brilliant. (Yes, all 8 TIMES I’ve seen them).

To be honest I was struggling to think of an eighth album. My music tastes are very limited, and I tend to stay loyal to the few I do like… probably blinkered, but it’s about tastes.

Darren, 47, was born and grew up in Rochdale (someone has to be – his words)

He escaped from there around 2006 and moved from job to job (always in the world of finance) until he met Sally (his wife) and settled down in Marple, with two kids and a dog Archie.

Darren suffers (and manages) from depression. He spends most of his days battling with himself to get fit (and fine tune his above average dart playing). 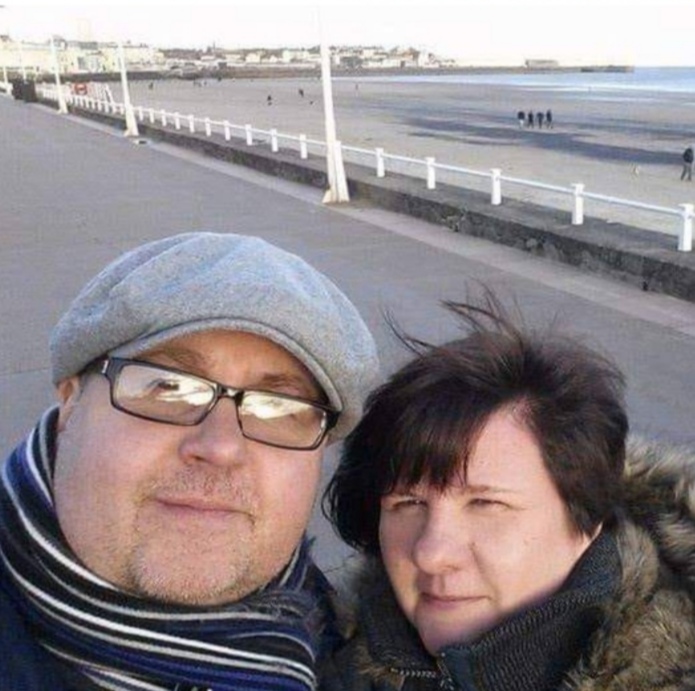