This was Geri’s first album outside the Spice Girls which I immediately brought. I am a fan of Geri after reading her first autobiography and I think it’s amazing how far she has come from where she was to now, being married to Chris Horner of Red Bull fame. There are some amazing songs on this album that resonated with me such as Someone’s Watching Over Me and Lift Me Up, though my personal favourite is Look at Me and the video portraying the different side of the then Geri.


Another break out album from a former Spice Girls, this is a very different type of music we had seen from Mel C in the past. I feel that if she released an album like this today and was willing to follow it through with tours, etc it would be a success. I also connected emotionally a lot with this album and made a music video to the track Suddenly Monday for my GCSE Media Studies.


As I work through these albums I am coming to realise that the albums I like the most up until this point are from artists who are breaking away from what they have been perceived to be and this album is P!nk’s.

This album also came out when a lot of things were starting to change in my life and I was slipping into depression. I did a performance at school of the song Like A Pill, as it reminded me a lot of my ex at the time and what came after. Though the media portrayed that a lot of the songs on the album are about drug taking Get The Party Started and, again, Like a Pill, I feel that they are more breakaway songs from people’s perceptions of her.


I remember seeing Slipknot for the first time when they played on TGIF in March 2000. A group of us watched the performance over and over again from a recording on a VCR.

This was the period of my life when I was starting to slip into depression and Slipknot seemed to understand me and how I felt. I think that one way or another Slipknot saved my life. Corey Taylor became something of a hero to me and carried me through a lot of teenage angst and desperation.


This was Linkin Park’s breakout album into the world of nu-metal and where I was in life I could again totally relate to songs such as Crawling and One Step Closer, plus many other songs on this album. Chester Benington sang these songs with such emotion and the raw pain I too was feeling. Though apt that Chester suffered from depression, I feel through the music that he really understood how I was feeling at the time.


To me this album just totally sums up how I felt when I was depressed. Looking back, it almost feels like this album is my diary. There are so many songs on the album such as Somewhere Out There and Sell My Soul that just sum everything I had and lost during that period of my life. The closing track, Story About a Girl, has since become so much more to me as this album was and still is my story and I got through it all and I am where I am today.

The Corrs – In Blue


My mum gave me this album to listen to on the way to college instead of listening to the likes of Slipknot and other nu-metal bands I was into at the time. I was told I should try to listen to less angry music and listen to something “nice”. So this album became the soundtrack to my journey to college and, though I didn’t connect to the songs in an angry way, the connection was there. Plus, at the time they were getting a lot of radio play.


There are so many Jimmy Eat World albums I could have chosen from and though Slipknot may have saved my life originally, Jimmy Eat World carry me through daily life. Though my music listening habits have changed and I now listen to more music when I’m working or in the car, I always come back to Jimmy Eat World.

I mostly listen to them when I am doing my edits as, for some strange reason, my novels make sense - which is why I always credit them in my acknowledgements. I have chosen this album as it came out when I was away at university and though it isn’t seen as their “best album” it’s my personal favourite. Listening to this album brings back so many memories and reminds me of how different things are some 14 years later.


Claire lives in Nottingham with her family, a cat called Whiskers and a dog called Podrick.

She suffers from Multiple Sclerosis and as a result of the disease had to reduce her hours working in insurance for an Insolvency Insurer. This spare time enabled her to study a creative writing course which inspired her to write her debut, Perfect Lie and later A Silent Child.

When Claire isn't working she enjoys reading crime novels and listening to music - the band Jimmy Eat World is her biggest muse! Claire is also an avid reader and book blogger. The inspiration for her novels comes from the hours spent watching The Bill with her grandparents and auntie; then later, Spooks and other detective programmes like Morse, A Touch of Frost and Midsummer Murders.

Claire's new book is due out on 10th May and can be pre ordered here: Amazon 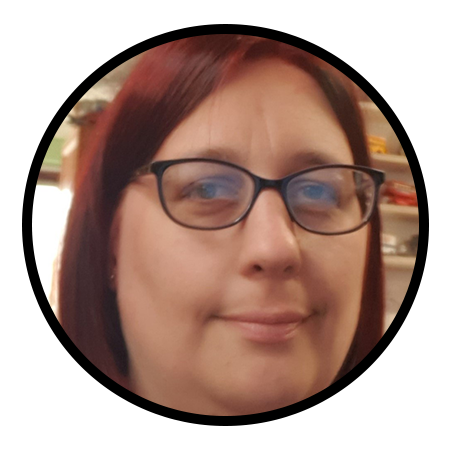